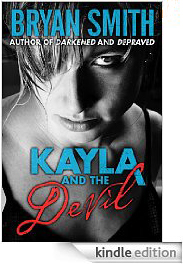 Kayla and the Devil by Bryan Smith

College student Kayla Monroe seems to have everything. Stunning looks, smarts, and loads of money thanks to her privileged upbringing. But something’s gone wrong. Ever since the start of her sophomore year, people have been avoiding her. Her friends shun her. Guys no longer flock to her. Even her former stalker, an awkward geek, now wants nothing to do with her.

She is on the brink of utter despair when she encounters a young man in the park. The man is charming and movie star handsome. Kayla thinks maybe her luck has taken a turn for the better. But she couldn’t be more wrong. Because this man is the Devil. Capital D definitely intended. The ultimate embodiment of evil. And he has something to tell Kayla.

Kayla hasn’t always been the nicest girl in the world. At times she has been downright mean. She’s grown past that, but now her past has come back to haunt her. Someone wants revenge. Bad enough to engage the services of the devil. But the tables have turned again and the devil now has his own deal to offer Kayla.

He can end her suffering. End the shunning spell. But only at a very high price. And Kayla must decide whether she has it within herself to surrender her soul and commit an act so heinous it will damn her forever.

I have been a fan of Bryan Smith’s work for a few years now. He has left an indelible trail of blood, body parts and a bevy of characters that are some of the most twisted and demented in horror fiction. The thing about Bryan’s characters, no matter how sick and twisted they are is I can’t help but liking them. I don’t know how he does it, but he does.

In his new book “Kayla and the Devil” (Kindle Edition), Kayla isn’t the nicest person in the world to say the least, but again I came to really like this character and absolutely loved this story.

Right from the very first page Bryan draws you into Kayla’s world and never lets up. The pace is unrelenting with enough twists and turns to make your head spin.

Bryan also weaves in some not so savory characters from the annals of history that really add depth and fun to the storyline. The ending was fabulous, not to give anything away but I am really looking forward to reading about Kayla again.

If you are a fan of Bryan’s work you don’t want to miss this one. If you haven’t yet had the pleasure of reading Bryan’s work and own a Kindle (Bryan has mentioned that there will be a paperback version in the near future), this is a great book to start with and for the price it is a steal and I highly recommend it. 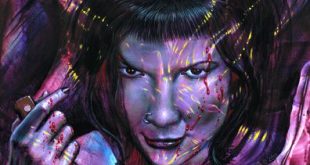 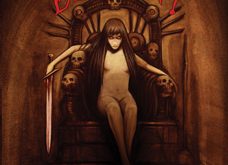 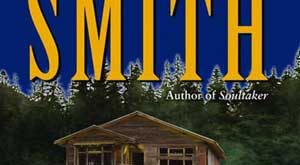