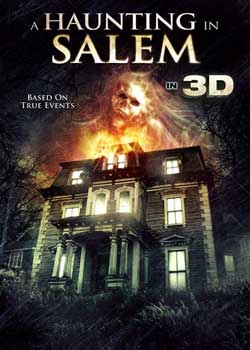 When the new sheriff of Salem, Massachusetts discovers that he is the victim of a centuries-old curse, he must protect his family from the vengeful ghosts that torment his home.

Fresh off the haunt train, arrives a new entry from the team at Asylum Entertainment. The cover states “based on true events”, but I’m not sure what story or location that refers to. The subject here is the burning of Salem withes in which this house in particular happened to belong to the Corwins from centuries back. As we learn, the Corwins were responsible for the burning of accused Salem witches. Memory escapes me a bit, but I believe this was the controversial event from our past that saw the condemning and execution of several who were deemed witches back in the 1700’s. A bit of digging on my part revealed that there indeed was and event involving a Corwin. This little tidbit seems to back up that story

“In June, more people were accused, arrested and examined, but now in Salem Town, by former local magistrates John Hathorne, Jonathan Corwin and Bartholomew Gedney who had become judges of the Court of Oyer and Terminer. Roger Toothaker died in prison on June 16, 1692.” 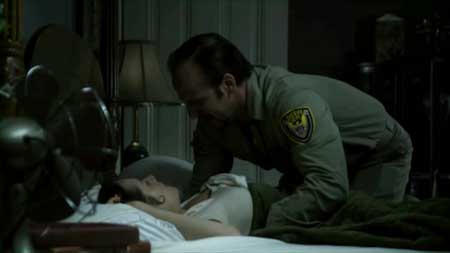 The film uses this foundation for its Amityville-like horror house which seems to invoke a suicide onto every sheriff who takes root there. The house is haunted by the ghosts of 19 witches who were never really see, but like the term “Legion” they all seem to hang around and keep the house from harm. We do get a few startle moments with dead corpse appearances which are effective a few out maybe 6 times. The story goes that Wayne Downs played by Bill Oberst Jr. has been invited to take on a local job as sheriff. The occupation comes with a free house that would be hard for anyone to turn down. The local mayor seems awful persistence on filling this job, though he seems to have forgotten “full disclosure”.

Now in the style of these films, as you can guess, the house and its spirits pull a slow grind of build-up until the final confrontation. The formula is pretty standard and falls into most haunted-house-film-scenarios. Bill Oberst Jr., who we’ve covered in the past takes the lead here as the brooding sheriff with a edgy past. I was curious to see the film based on his performance alone but I do like haunted house movies.

I think what we’ve got here is a case of a sort of ordinary script with a well executed up and comer behind the character. Bill Oberst Jr., just seems to me like a prime shoe in for alot more appearances in the future. His style is slow and methodical while having a presence and a recognizable look that viewers can attach themselves to.

The film which I’m calling just an “ok” movie, has its moments that work, and does make a solid attempt at frightful positioning. I did however feel like we missed something along the way that would attribute to the rather angry household. Maybe it needed a prologue of the Salem trials, maybe it needed another half hour to build on its back story. I’m really not sure. Though we sort of jump from the sheriff getting ready to start his job to a full blown massacre and murderfest. I think notes could be taken from the “Paranormal Activity scripts” on tension build here. 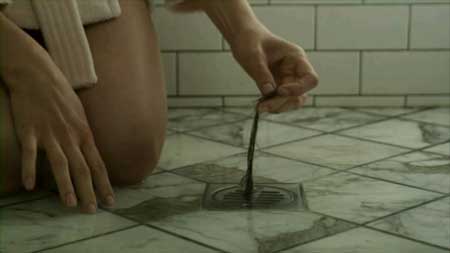 Courtney Abbiati plays Wayne’s wife Carrie Downs with Jenna Stone as his daughter Alli. Nicholas Harsin plays the son Kyle. I didn’t really connect with the children as much who thru most of the story were absent or on their computer. 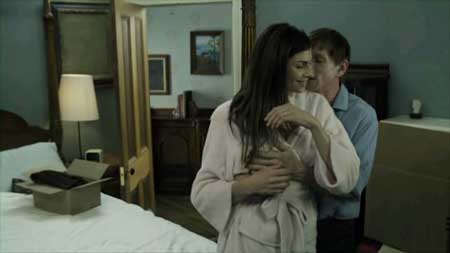 A Haunting in Salem falls into an storyline that suffers from absence of plot which by the time it gets going is already complete. I think viewers will appreciate the haunts and gravitate to a same back story. But by the end of the day may feel that they didn’t get enough from it. A special mention goes to the composer Chris Ridenhour who does a stunning job on the score. In fact, it attributes much of the haunting ambience thru the whole film really leaving me impressed from a listening stand point. This movie arrives in time for Halloween 2011 and might prove to be a safe, somewhat effective rental.