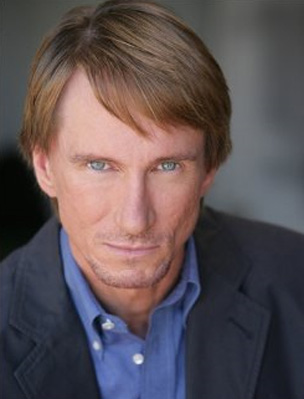 How did you first get involved in acting?

I was a weird kid and got made fun of a lot. I learned that if I entertained them they’d stop messing with me. Once I figured that out, I felt like Spock on Star Trek, observing the human race. I was the same person I was before, but just because I had this new trick they liked me now. It fascinated me and I found my vocation. I went into national touring stage and had a great 12 year career in it. 3 years ago I moved from the east coast to LA to do film and TV. Acting is all I’ve ever done for a living and all I’ve ever wanted to do.

What is it about the horror genre that keeps you coming back for more?

I love misfits. I cheer for the monster. I always have. I think good horror is cathartic; it brings us all face to face with the truths that we work so hard to ignore: that life has an end; that there are consequences for every choice we make; that good and evil are not just ideas in an ancient book – they exist. Good and evil reside in all of us. They are both inside. That’s horror.

I also have a personal reason for coming back to horror again and again. Besides a naturally creepy face (helped along by some scarring from an accident) I was born with a weird-looking body. I have an abnormally long torso and a partially-exposed ribcage. I’m healthy; it’s just a birth condition. But with the combination of the visible bones and this odd concave shape to my abdomen, I was ashamed to go swimming or play team sports when I was a kid. Even in my stage career I kept my body hidden always. When I moved to LA and started doing horror films, a wardrobe girl saw me with my shirt off and she told the director that he should see. So he convinced me to do this scene as a killer without the shirt. The crew and everybody loved the creepiness of the look so much that the next director heard about it and asked me to do it for that one. And now I am totally cool about it and even find ways to make it look creepier, and to extend my arms and tighten my back muscles and make my fingers look like they are operating independently of one another, because this all adds to the effect I am going for. I want to induce fear and repulsion; that’s the whole point in horror, right? The human body can be a frightening thing as well as a beautiful thing. I do the frightening side of it well, apparently, so now I am “that dude with the creepy torso.” Which is what I love about this genre: in horror the misfits and the oddities of this world are the ones on top. In what other film genre can an actor take a part of himself he is ashamed of and turn it onto a trademark? If I ever get big enough to write my memoir, I’m going to call it “The Anatomy Of Fear.”

What were your experiences working on Brandon Slagle’s VIVID?

I only had one day available for VIVID because of shooting schedules (I was doing 3 other projects at the same time) but I was determined to make it happen because Brandon Slagle and Devanny Pinn have both been so nice to me since I came to LA. I played a nightmarish drug dealer in a dark tunnel who crawls down the stairs like an insect and encourages Devanny’s character to give in to her demons. Brandon wanted me to move like it could all be a vision she is having; maybe I exist only in her head. I think Brandon Slagle is going to be a big horror director, in addition to what he has already accomplished as an actor. He is damned good. And Devanny always kicks ass in her work, of course. So I feel lucky to be in VIVID.

I read that it has a “through the looking glass” element to it?

Yeah, very mind-trippy. I thought Brandon’s concept was very wicked; the idea of a killer who wants to actually experience life and death through another person. For this guy it is not enough to kill, he has a need to feel the death himself. The character isn’t called “The Man Of Sin” for nothing!

Do you have any interesting “ behind the scene “ stories that our Horrnews.net public would like to hear?

I did a marital-rape scene with Debbie Rochon for an indie called RIPPED MEMORIES. I’m playing her husband who forces himself on her, right? And the camera is behind me looking down on Debbie while I’m supposedly pounding away. The DP asks, “Do we need a turn-around on Bill for Debbie’s POV?” And the director says “No, this shot is about Debbie’s repulsion that Bill is on top of her. Let’s get in tight to see her disgust.” The crew cracked up and so did I. He was serious. Why does every scene I have with a woman involve fear? Or repulsion? Or blood? But that is a typical story. Oh and later that day I was throwing a stunt punch at Jesse Kozel and punched him in the nose by mistake. Hard. It bled. Why is there always blood when I’m around?

What other horror related projects are you working on?

Are you kidding? That’s like asking a sports nut if he has chips and beer in the house….

I have a Drew Daywalt (CAMERA OBSCURA, STARK RAVING MAD, CREEP) film coming up that I am excited about. It’s called NAKED and the three leads are me, Maria Olsen of PERCY JACKSON & THE OLYMPIANS: THE LIGHTNING THIEF and Edin Gali of MADMEN. Drew’s standing in the genre makes working with him a dream for any actor who works in horror, and he’s brought some friends along. NAKED will feature creature effects by Jeff Farley (TROPIC THUNDER, BUFFY, BABYLON FIVE, TALES FROM THE CRYPT) and digital effects by Peter Giliberti (all 3 SPIDERMAN films, WATCHMEN & PRIEST.) The plot revolves around an 18th century German settler and his son hunting down an Orc creature in the forest. We shoot this spring.

I have a great role in Michael Emannuel’s (LUCKY, MANEATER) upcoming horror anthology film. We’ve already shot my segment, which is called “The Crossing.” I play a Mexican-immigrant-hating redneck. I got my intestines eaten while I was still alive. It was fun!

And I am in development on a Nazi vampire/zombie project called NACHT. The original idea was Nazi vampires but now we are veering more toward undead Nazis who are also flesh eaters. My character would be The Colonel, their leader, which is cool because I am of German ancestry and my last name actually means “Colonel” in German. We have had trouble getting the right script to build the concept around. At the moment I am working with a treatment idea from Ronnie Tucker, the webmaster at the UK horror and gore site MidnightShowing. The initial make-up test shot we did for The Colonel is all over the web and fans seem to like the idea.

On the non-horror (but still evil) front, I am shooting a role next month as a vengeful bounty hunter in director Chris Eska’s SEPTEMBER MORNING, a Civil-War-era western. I get to ride a horse (which I haven’t done since SHERMAN’S MARCH) and be cold-blooded (which I do all the time.) I’m also an evil lead but in a family-friendly way in The Asylum’s very first family film PRINCESS AND THE PONY, which hit the streets January 25th. And I actually have one non-evil role in a TV-movie this spring – the Amish drama THE SHUNNING which premieres on The Hallmark Channel on April 16. I play Danielle Panabaker’s (THE CRAZIES, FRIDAY THE 13th) Amish father. Michael Landon Jr. directed the film. My make-up artist for that one was Dean Jones of American Make-Up and Effects, known for Star Trek and a slew of horror films. Seems like horror just follows me; there is always a horror connection around the set no matter what I am working on.

Is there anyone in this industry who you aspire to work with in the future?

What is your opinion on “remakes” and all the classic horror films getting re-imaged?

Remakes are corporate bullsh*t. Good for business in the short run but bad for horror in the long run. The remakes are never as satisfying as the original. And why? Because we already know the concept! The power of fear is in the unexpected. If we know what is coming it can’t frighten us anymore, so all that is left is to talk endlessly about whether the tweaks they have added are good or bad for the story…and whether the effects are good and so forth. It makes us technical critics when we should be audiences lost in a story that is scaring the pants off of us.

I understand the business side of it. I have made my sole living as an actor for 15 years; I’m a businessman myself. But the idea that there are no original ideas in horror – that the best ideas are past us – that there are only a finite number of great horror concepts and we have used them all up? That is bullsh*t of the highest order! The great horror films of tomorrow are out there right now. They’re in the heads of people reading this. I say let’s make those films. By whatever means necessary let’s make them and let’s keep giving new life to this genre. The films I want to be a part of are the films that will be remade 20 years from now. They are out there. My e-mail address is billoberstjr@gmail.com If a filmmaker has a great concept with a role for me in it, I’ll go to the wall to help get it made. Horror is about passion. If you put in the passion, the profit will come.

Of your past collection of films, what movie would you recommend our fans to go back and watch?

DISMAL from Fearmakers comes to mind. Fangoria’s reviewer ripped me a new one for being too cruel and too merciless in portraying Ranger Dale. They said I was too brutal for the light-hearted tone of the film. I’ll take my lumps from critics anytime, but I’m proud of what I did in DISMAL. I was playing a deranged cannibal, so I just gave in to the role and went for it, which is the only way I know to work.

I also write the paranormal column – Unexplained Confidential for Horrornews.net

So this is your bonus question : Do you believe in things that go bump in the night?

Without question. And I’ll go you one further. I believe in demons. I also believe in angels, but the demonic forces are there and they are real and if you give them a home inside you they’ll destroy you. The people I play a lot of the times are the ones who gave in. And they always pay for it…eventually