Anchor Bay Films has announced today that on Friday, January 13th 2012, they will be releasing theatrically the full, unrated directors cut of Xavier Gens’ The Divide in theatres. The version will contain additional footage not seen during its previous screenings at SXSW and Fantasia 2011. Initial markets on January 13th will include New York, Los Angeles, Austin, Boston, Chicago, Dallas and Denver with additional markets to be announced.

The Divide features a large and diverse cast featuring such icons of horror and sci-fi as Lauren German (Hostel Part 2), Michael Biehn (The Terminator, Aliens) and Milo Ventimiglia (NBC’s “Heroes”) as well as Courtney B. Vance (Final Destination 5, The Hunt for Red October), Ashton Holmes (CW’s “Nikita”, A History of Violence) and Rosanna Arquette (Pulp Fiction) .

In this graphic and violent, post-apocalyptic thriller, nine strangers—all tenants of a New York high-rise apartment—escape a nuclear attack by hiding out in the building’s bunker-like basement. Trapped for days underground with no hope for rescue, and only unspeakable horrors awaiting them on the other side of the bunker door, the group begins to descend into madness, each turning on one another with physical and psycho-sexual torment. As supplies dwindle, and tensions flare, they grow increasingly unhinged by their close quarters and hopelessness. Each act against one another becomes more depraved than the next. While everyone in the bunker allows themselves to be overcome by desperation and lose their humanity, one survivor holds onto a thin chance for escape, even with no promise of salvation on the outside.

Says Jennifer Roberts, Anchor Bay Film’s SVP of Brand Marketing, “Fans of director Xavier Gens’ Frontier(s) will be pleased to know that once again he has pulled no punches, and has delivered a kick-ass film that will set the bar in extreme cinema. We felt strongly that we needed to bring his full vision to the screen, and confident this is the version audiences will want to see.” 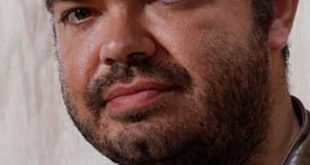 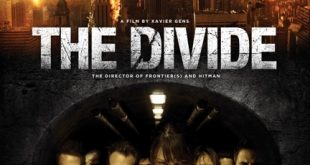