Linda has a past she’d rather forget, but an online intruder decides he wants things differently and imposes a night of terror on her.

I’ve spent the entire afternoon sitting on my butt, fighting off a cold, while tending to my sick 3yr old. I haven’t had a day off work in 14 days and I can barely keep my eyes open. And to top things off, tonight is the season premiere of “The Walking Dead” on AMC and I have to work at 4am. There is nothing more I want to do than stay up and watch it. I’ve been fighting off my dream time and was about ready to give in and just let it go. I threw in a movie thinking it would just put me to sleep. Sleep never arrived and found myself completely engrossed in Jett Eller’s third film “Never Feed the Troll”. I’ve never seen his previous films but I may seek them out now after viewing this tight little thriller.

Linda (Libby Seymour) is at home enjoying her evening alone. All she wants to do is finish up some church flyers, bake some sweets, and chat with her friends on the church website. Her preacher husband (Patrick Keenan) is away for a lecture and won’t be home. While chatting on the website, she begins to receive some nasty messages from someone calling themselves GacyGein666. He claims to know things about her. Linda takes it all in stride and tries to just laugh it off. She consults her friend Gail (Sharrin Edwards), who is the moderator for the chat room. She bans him but he just keeps coming back. Linda leaves the chat room all together then begins to get instant messages from him. He claims to know something about her, about her past. What is it that he knows? And is her secret really that detrimental to her life that her paranoia could drive her mad? 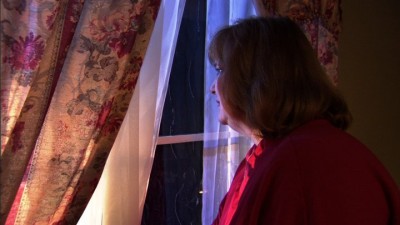 When I say that this is a little film, I really mean that it’s a little film. I will say that 85% of the film (maybe more) takes place in Linda’s living room at her computer desk. Which basically means that the majority of the film, Libby Seymour has to carry the entire weight on her shoulders. She is not only the lead character, but for most of the time, she is the SOLE character. She talks on the phone which pretty much ends up being her only way to communicate. For an actress, a pretty meaty role, that is still pretty damn tough to pull off.

The film runs for about 1hr and 16min which is the perfect runtime. I am happy to report that Libby Seymour does an outstanding job. She is such a sweet lady, a God fearing woman who is truly grateful for everything she has in life. Then as the harassing grows stronger, her sense of paranoia grows stronger. She becomes paranoid of losing the life she has with her husband and fear of people finding out the truth about the secret she hides. There are some truly suspenseful moments that draws inspiration from the films of Hitchcock.

There isn’t a whole lot of action in the film. We rely on Libby for everything. The tension, the advancing of the story, etc. She spends a lot of time talking aloud, which is something that, under normal circumstances, bothers me but in this film it works. It moves at a brisk, suspenseful pace that keeps you on the edge of your seat. Not an easy feet, but writer/director Eller manages to make it work. I couldn’t help feeling that this could make a pretty great stage play as well. I give “Never Feed the Troll” **** out of 5 stars.

It’s a strong film made only that much better by such a great performance from Libby Seymour. I normally get bored watching a film with only one person, so my hat goes off to the cast and crew to this film for really pulling it together and making such a worthwhile film with a surprise ending. 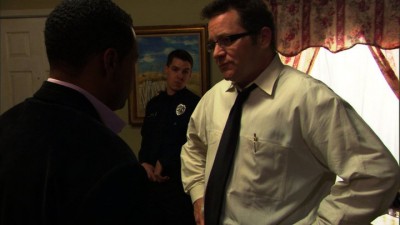