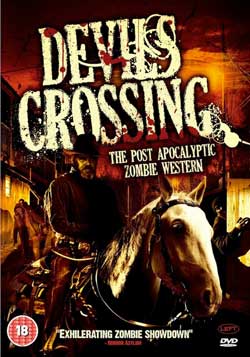 Nuclear war has ravaged the world. The remnants of humanity fight to survive, taking refuge in bleak settlements. The undead wander the earth, slaves to their blood-lust, or perhaps some higher power? The tattered town of Celestial sets the stage for the greatest battle of the New Dark Age! A score that must be settled and a reckoning that has been 235 years in the making. Shadrach a man who watched his life burnt to the ground! Left for dead, having sold his soul to the devil with his last dying breath. A slave to the devil. Born again as a “Soul Collector”. Now centuries later Shadrach fights to be freed from the chains of the demons that torment him. To regain his soul and save the lives of an entire town he must fight the living dead as hell literally rises from beneath.

The first thing that comes to mind during the opening scene of “Devil’s Crossing” is, what is with all the color filters?! Modern horror films, especially low-budget, and straight-to-video fare, love to use color filters to make their production value look better, but unfortunately it now works against that aesthetic. This zombie western, set in some sort of amalgamation of a post-apocalyptic and classic western world, still provides some fun, and delivers a few punches along the way. 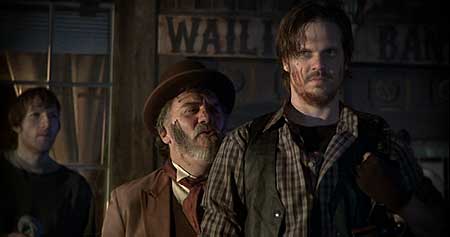 First time feature film director (and it seems, first time anything director), James Ryan Gary wrote this piece as well. He seems to have tried to take everything he loved about action packed westerns, and b-movie horror, and fit them all into one package. There are no names attached to the film, as most of the actors are also rather new to the game. When Shadrach, played by Michael Sharpe, a loner who loves milk, reaches a saloon, he immediately starts to kill the no-gooders sitting out front. He establishes that it is not his wish to carry out this heinous violence, and the audience is left curios as to who’s commands he is carrying out. After an, overlong, introduction to the characters in the bar, including many a prostitute, a murdering troublemaker named McDermitt (Chris Walters) starts giving Shadrach some Hell. McDermitt quickly focuses his attention on a few others in the bar, and promptly shoots one man, and beats another, before Shadrach finally gives him a whooping himself. He decides to spare his life, which in turn sends Louise (Patrick G. Keenan) to the scene. Do not be fooled by his name, Louise is more than just a man, he is a minion of Satan himself, sent to collect debts.

This set up, while incredibly corny, and unjustifiably long, gets the ball rolling on an average, run-of-the-mill horror movie. Gary takes some cues from other classics, notably: “From Dusk Till Dawn” (1996), “Night of the Living Dead” (1968), and “Feast” (2005). The film starts as a pseudo-western, and turns into a zombie flick halfway through, much like “From Dusk TIll Dawn” changes tone randomly. Its zombie inspiration, though different, shows many similarities to Romero’s original incarnation, including the idea of being trapped in one small building, and the imagery it evokes. These zombies are raised from Hell, as payback for Shadrach’s refusal to continue killing for Louise. While Romero’s creatures are rooted in science, the idea is still similar. As for “Feast,” this film takes the same set up, one random hero with an unknown past, has to save a bar from numerous creatures breaking in, all while incredibly gory kills happen. 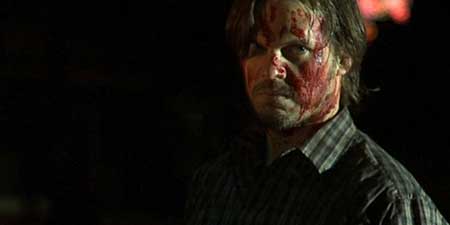 The effects in this movie are shoddy to begin with, and the zombies are hidden from sight for the first two acts. Once the final confrontation occurs though, the movie shows off its stuff. The zombie make-up itself is on par with other low-budget gore fests, but what stands out are some of the kills. This movie was made for this final showdown. Shadrach and his band of survivors kill or maim these beasties in many fun ways. The viewer will see decapitations, gun shots, stab wounds, eye gouging, kicking, screaming, head-butting, scraping, scratching, and when all else fails a few zombies get punched right in the face! 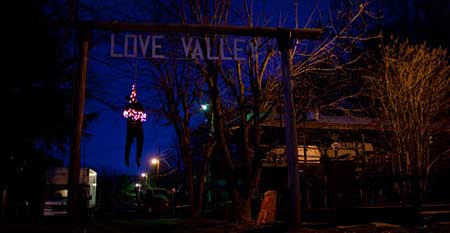 After this battle, Shadrach finally gets his chance to stare down Louise himself, and challenge him to a gunfight. While Sergio Leone really mastered the art of a gun fight, many fast-paced films have not. This is no exception. Gun fights can be, and in this case they are, very anti-climactic. Oh well. The audience just watched numerous zombie slayings, so they should let it slide! 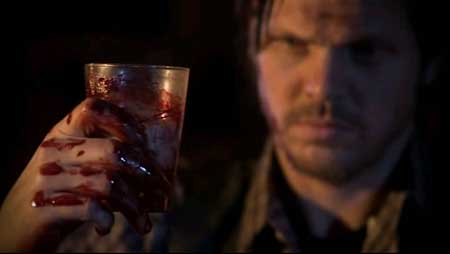 All in all, this is an ok movie, with a few holes, a lot of sub par acting, and some cool gore effects. For a first time filmmaker, and young talent, this was a fun outing. This will probably disappear into the DVD bargain bins, but for its specific niche audience, this film delivers what it should. 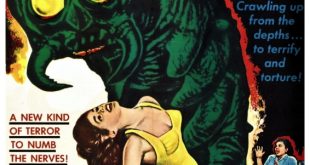 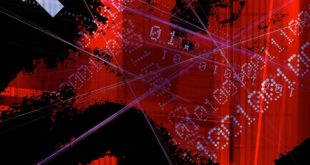 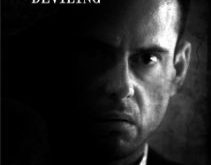