Purge: To put to death, eliminate what is undesirable. The serial killer known as Purge lived and died by this code. But is he dead? Driving home from a road trip, ERIC and SHELLY take a back road to avoid a traffic jam. They encounter the serial killer Purge. Eric survives but Shelly is murdered. A year later, a group of adventure-seeking high school grads venture to purge’s lair. Among them is Eric’s brother JUAN. Eric sets out to save his brother, and get revenge on Purge. For the six teens, their imperfections will be the deciding factor if Purge shows them mercy. But if everyone is imperfect, will any of them survive?

“Filth to Ashes, Flesh to Dust”, is one of those films that are easy to get through, even enjoyable, just when it’s over, you forget about it. Slasher films are the easiest to make on a small budget. You don’t need a name cast, just a few willing individuals who don’t mind being chased around in the cold by a crazed maniac while covered in sticky corn syrup. The formula still works and I still enjoy watching them. It’s now October and I have 31 days of horror films to watch. I’m watching many classics as well as a few new ones. “Filth to Ashes” works on a mildly entertaining level and has many positive aspects to it. At the same time, there were several negative aspects that seriously hindered my enjoyment of the film.

Check out Trailer for Filth to Ashes, Flesh to Dust (2011)

The film opens on a high note when we see two women trapped inside some sort of lair. They are handcuffed and desperately trying to escape. Then in strolls our villain. One of the ladies escapes while the other wasn’t so lucky. At the same time Eric (Derrick Bishop) and his girlfriend Shelly (Diana Quezada) are taking a ride. While out in the middle of nowhere, he is preparing to propose to her when victim and killer appear. Shelly is murdered before Eric’s eyes and the victim escapes. Eric is left holding her lifeless body in his arms. One year later, Eric’s brother Juan (Teodorico Paul Sajor) and his newfound group of friends have an agenda. Kiara (Bianca Lemaire) needs to do some research for a thesis paper and Ronan (Anton Troy) suggests they go to the site where Purge (Nicholas J. Leinbach) roamed after they learned that Eric’s girlfriend was killed by him. Purge (to remove people who are believed to be undesirable) is thought dead, so the friends make the trip there. What they don’t know is that Purge is alive and kicking, waiting for the un-pure to show up and rid the world of their filth.

One thing I really liked about the film is the title. It just rolls off the tongue nicely while setting the dark tone needed to set the darkened stage for the film. Purges’ lair looks terrific and a damn fine set. It was dark but never too dark and well lit. Purge is a fitting villain. When he attacks, it is with a viciousness that I loved, throwing them around like ragdolls. The rest of the cast all do fine jobs for a group of relative unknowns.

The film is good, not great though. I get what was trying to be done but Eric kept having dreams of Shelly. Seeing her, trying to reach out to her, etc. They were trying to convey this feeling of losing the most important thing in Eric’s life, like he couldn’t live without her. It works in a film like “The Crow”, in here it was just silly. Not only was it silly but it really interfered with the pacing of the film. It dragged on way too long, at least it felt that way with the silly subplot. This was done throughout the entire film, they could have set it up in a single sequence and spent more time on the killing. Cause lets’ face it, that is what we watch these films for anyways, right?

“Filth to Ashes” is a decent film. A good start. With an estimated production budget of around $100,000 and a box office gross of over $150,000, I would say the film is a success regardless of what I think. With a bigger budget and a tighter script I really think director Paul Morrell could deliver an interesting sophomore feature. I give “Filth to Ashes, Flesh to Dust” **1/2 stars out of 5. It’s a good film and worth your time if you’re a fan of the genre. When it’s over, you will think it was decent, just not real memorable. 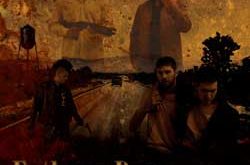 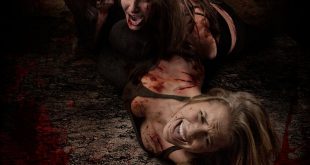