X-Men: Destiny follows the story of one of three mutants new to the hero business. Aimi Yoshida is a mutant refugee from Japan. Adrian Luca is the son of a anti-mutant advocate, and he must therefore keep his powers a secret. Grant Alexander is the last mutant, and he is a college football star and mutant.

The three mutants are attending a mutant peace rally in San Francisco, which is being held in honor of the former leader of the X-Men Charles Xavier, when another mutant attacks. Whichever character you select immediately jumps into action to prevent anymore damage from occurring and to stop the culprits behind the attack. It soon seems that the anti-mutant group known as The Purifiers are the ones behind the attack. It will be up to you and some powerful allies to stop The Purifiers from following through on their evil plans. 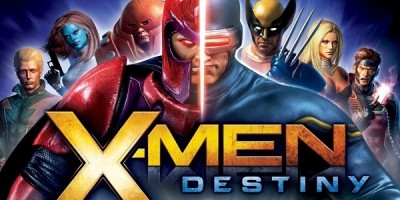 The main conflict in the storyline of X-Men: Destiny is making your character choose to team up with the X-Men or The Brotherhood. The X-Men is now headed by Cyclops, and it isn’t as prominent as it once was. Some members have left after the death of Professor X, but a few loyal members still remain. The Brotherhood, headed by Magneto, is up to their usual mutant supporting/human hating ways, and they want to recruit you. This part of X-Men: Destiny offered a nice idea, but it seems to fall flat due to your choices not making much of a difference in how the story is told.

One of the actual cool things about X-Men: Destiny is that you get to choose what kind of mutant you are. You have to choose from one of the three available characters at the beginning, but you get to choose fighting styles and mutant abilities soon after. Your mutant powers only give you about three special moves to use during the whole game, so even that aspect isn’t as good as you’d initially hope. 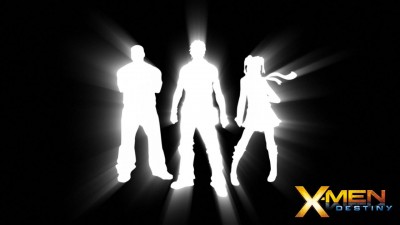 There are many other problems in X-Men: Destiny. I played the Xbox 360 version, but the graphics in X-Men: Destiny looked more like original Xbox or Playstation 2 visuals. The voice acting in X-Men: Destiny is horrendous. They failed so bad with Gambit’s Cajun accent that he actually sounds Jamaican. Most of the dialogue and storyline is just as bad. Combat is boring, repetitive and too simple. I found myself mainly using two combos to go through the entire game, and most boss fights were over in under a minute. Also, X-Men: Destiny is the shortest game I’ve played in a long time. I completed the entire campaign in only about 5-6 hours.

I’m a diehard X-Men fan, and I love games such as Marvel Ultimate Alliance and X-Men Legends series, but X-Men: Destiny is nowhere near as fun as those games were. In fact, it plays like an older, much crappier, single-player version of those games. Only the really hardcore X-Men fans could enjoy X-Men: Destiny, and most of them probably won’t like it either. Save your money, and try a different game. 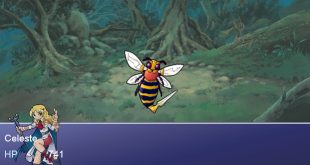