Life Weaver is an extraordinary new independent video game from BioGamer Girl. Life Weaver is based on Amanda Dyar’s 2005 short story Broken Light, and the game was created exclusively by the talented author and game designer. The game plays much like an old-school Final Fantasy game. You’ll fight countless hordes of enemies, level your characters to learn powerful spells and abilities, explore dungeons and caves for better loot, complete quests and traverse through many different towns in search of information before you reach the end of the game. Life Weaver is a pretty long game, but every bit of the journey is worth your invested time.

The story begins with the introduction of an ancient race known as The Life Weavers. The Life Weavers are searching for a woman named Celeste who is said to possess the power to defeat the approaching darkness. However, you soon find out that Celeste is unaware of her prophesized powers. The game shows her as a nearly ordinary young woman married to a man named Anthony. One stormy night, Celeste has a vision of a Life Weaver telling her about her powers, an approaching war between the light and dark, and her role in the outcome of the dreaded conflict. Celeste thinks it was all a dream until strange occurrences begin happening all around her including the disappearance of Anthony. The rest of the game follows Celeste and her companions on their journey to find Anthony and stop the darkness once and for all.

Life Weaver’s storyline is a great tale of courage that shows how someone can overcome their doubts to become a hero in their own life. The game is full of interesting characters with detailed backgrounds. The characters will have really grown on you by the end of the game, and the dialogue in the game is so charming and well developed that you’ll even wonder how some of the NPCs you met in random towns are doing long after you’ve left their hometown. The game also features many unique enemies like you’ve never seen in a game before such as half elf/half wolf creatures known as Helfens and a boss named Big Red a.k.a. Santa Claus.

Combat in the game is a simple turn-based combat system derived from classic JRPGs. It’s a simple formula, but fans of the genre will love it. You’ll gain experience points, gold and the occasional item after battles, and your character will level and occasionally gain new abilities to use in combat after gaining enough experience points. Most characters play different roles in combat such as Medic, Mage or Warrior, although the game never specifies this. The game’s deep combat system and large amount of loot will keep you playing until you’ve managed to see everything the game has to offer.

Life Weaver’s story is told through text, and although there is no voice acting, the story is still very intriguing and easy to get sucked into. Of course, the soundtrack for this type of game can make the experience that much better and make the game more memorable, and Life Weaver’s soundtrack does just that. You’ll never get tired of the game’s tunes, and they will tend do remain stuck in your head long after you’ve stopped playing the game. The game’s presentation is rounded out with some really awesome classic graphics. They really bring a nostalgic feel to the game as you remember playing older RPGs, and Life Weaver’s character models and animations look just as good or even better than most of those titles.

If you’re a fan of old-style RPGs, or simply just a fan of fun games with great storylines, Life Weaver is for you. The game may not feature advanced graphics or receive heavy promotion, but it is every bit as entertaining to play as any new Xbox 360 or Playstation 3 game on the market. Life Weaver will instantly grab your attention and make it really hard to put down. This game will have you continuously saying, “Just one more level.” 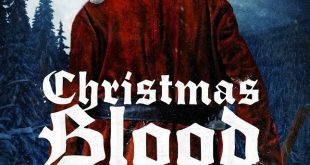