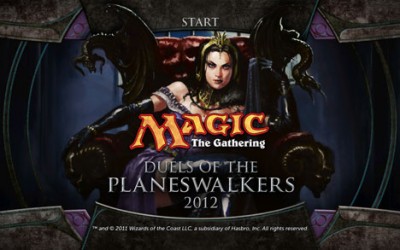 Among all of the new features the Magic 2012 Expansion adds, the biggest addition has to be the improved Archenemy mode. Now, human players can be the Archenemy during matches of this type. This new feature makes Archenemy mode way more fun to play with friends or online, and it alone is reason enough to justify downloading the Magic 2012 Expansion. With the new feature comes a brand new Archenemy campaign. The new Archenemy campaign is just as long as other campaigns, and it comes with four new challenges for you to master. The big difference in the new Archenemy campaign when compared to the old one is that you are the Archenemy now, and your purpose is to annihilate three AI controlled opponents. There is a storyline with the campaign, but, like with the original campaign, it a very small part of the campaign and is very unimpressive.

The Magic 2012 Expansion also adds new cards to the game. Most of the cards come from the newest Magic: the Gathering card game expansion Magic 2012 or the soon to be released set Innistrad. The original 10 decks from Magic: The Gathering – Duels of the Planeswalkers 2012 each receive 4 new cards with the Magic 2012 expansion. Most of these cards are pretty powerful in order to keep all decks in the game pretty balanced. There are also 3 brand new decks: Liliana Vess’ Grave Whispers, Ajani Goldmane’s Auramancer and Ral Zarek’s Cloudburst. You unlock these three decks by defeating them in order in a really short single player campaign. You can then duel against harder versions of them to complete the campaign if you choose to.

Grave Whispers is a mono black discard deck and creature destruction deck similar to Liliana’s deck in the original Magic: The Gathering – Duels of the Planeswalkers. Grave Whispers specializes in making opponents discard cards and hurting them for it with cards like The Rack and Liliana’s Caress. Couple that with a few stalling cards, destroy creature cards and some big nasties, and you have one of the best decks in Magic: the Gathering – Duels of the Planeswalkers 2012.

It’s easy to figure out what the green and white Auramancer deck is all about. Over a third of the deck is echantments/auras initially, so you’re going to want to cast a creature, and boost it to incredible amounts of power, toughness and abilities. There are a few support cards that will let you gain life, stall, or draw cards, but Auramancer is definitely all about the enchantments. There are a few Hexproof creatures, such as Sacred Wolf and Silhana Ledgewalker, in Auramancer as well making it another great deck to use in any game mode. Oh yeah, it has an Angelic Destiny too!

Cloudburst is the last new deck that comes in the Magic 2012 Expansion. This blue and red deck is very similar to the red and blue deck from the original Magic: the Gathering – Duels of the Planeswalkers, and it brings back old favorites (or pests) like Gelectrode and Niv-Mizzet, the Firemind. This deck is the worst of the three new ones, because all of the counters have been replaced with creatures that have haste and high power but die the turn they come out such as Arc Runner and Ball Lightning.

The best thing about the Magic 2012 Expansion is its price. For only 400 Microsoft Points or $5, you can purchase this great downloadable content that is sure to make your Magic: the Gathering – Duels of the Planeswalkers 2012 experience all that much better. The Magic 2012 Expansion will give you many more hours of fun as you attempt to unlock every card for every deck, and the addition of Archenemy as a human is very awesome. If you own Magic: The Gathering – Duels of the Planeswalkers 2012, go get the expansion. 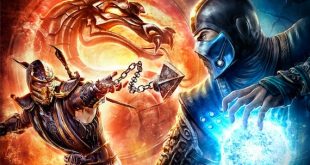