Ever wonder what goes on in the mind of a serial killer? What could they possibly do to occupy their time when they are not killing? Meet Dexter Morgan (played by Michael C. Hall), who works as the Miami Metro Police Department blood spatter analyst. Dexter is an average guy, dealing with issues in everyday life like girl problems, family issues and where to hide the bodies of the people he murders. Wait…what? While Dexter puts forth tremendous effort to help solve murders with the Homicide division, he lives a double life. Dexter is a serial killer. Bringing justice to those who find a loop hole in our system, Dexter gives you an inside look into controlled madness. Trust me, if you slip through the cracks of the judicial system, Dexter will hunt to do and make you face the ultimate judge. 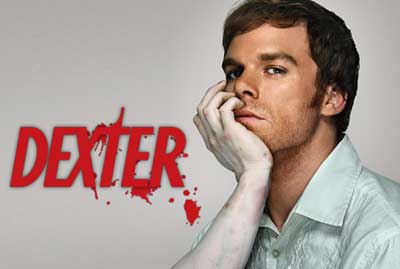 Similarities to Patrick Bateman, the main character from the 2000 American Psycho thriller staring Christen Bale, can be seen but only slightly. Both seem normal but have a looming secret, both are worth watching no doubt about it. From a horror fans perspective, it’s great to find a series that fans can enjoy that isn’t watered down, a simple remake or re-imagining of sorts. This series can also be enjoyed by fans of Police dramas, worthy of a watch for the sheer grittiness of crime solving, Dexter is a must see.

Dexter premiered on the Showtime cable network October 1, 2006. Loosely based on the novel Darkly Dreaming Dexter written by Jeff Lindsay, the television series was almost an instant hit among viewers. Receiving critical acclaim, winning two Emmys, Dexter struck a nerve or maybe severed an artery among horror enthusiasts. Dealing with strong content, violent scenes and questionable subject matter, I had finally found something to watch on Sunday nights. Apparently I wasn’t alone as Dexter has been picked up for a fourth and fifth season after three successful seasons by the Showtime network. 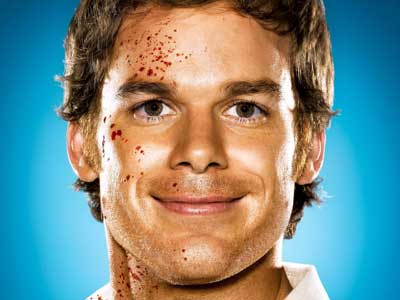 The nucleus of characters that surround Dexter (introduced during the First season and become more vital though out the series) are Dexter’s girl friend Julie Benz (fans will remember Benz as Darla on Buffy The Vampire Slayer). Portraying Rita Bennett, a single Mother of two, Rita has problems of her own. Dealing with past trauma of rape and punishment from an abusive husband, she genuinely cares and loves Dexter and her character really grows on the viewer. Dexter’s sister Deb, who is abrasive, has a foul mouth and falls in love with all the wrong guys. She, (Jennifer Carpenter of The Exorcism of Emily Rose)on the other hand, takes a little to get used to, at least for me, since she tends to take away from the story at times. I think her involvement is crucial to story development at times, her screen time is not overly used. And lastly, is flash back Father figure and adoptive parent, Harry Morgan (James Remar). Teaching our boy Dexter, how to control his feelings by giving him ways to release his violent tendencies, Harry pops up in moments of doubt and pushes Dexter’s will to succeed in his choices. Dexter is a series where many times you want to root for the bad guy. To him, his form of punishment is justified. In modern day, being a vigilante is still frowned upon, but Dexter is just damn likable.

A simple brief synopsis – Season One pitted killer vs. killer. Focusing on the “Ice Truck Killer”, this season gets the viewer right into the action and leaves you wanting more. You learn more about Dexter and what makes him tick. The ending sets up for the next season perfectly. Season Two shows the walls closing in and around Dexter. The “Bay Harbor Butcher” gets pushed to the limits with the FBI’s involvement and Dexters newest problem, Sgt. Doakes. Doakes makes this season for me, honestly. This is really where I felt that Dexter gained steam and proved it has some longevity. The final few episodes are amazing. Season Three welcomes Miguel Prado, (acclaimed actor Jimmy Smits) prominent assistant district attorney who befriends Dexter and becomes a fellow partner in Dexter’s spree of madness. Fantastic writing keeps this season afloat with the constant cat and mouse rarely found in today’s television. Twist and turns made this season worth tuning in every week. 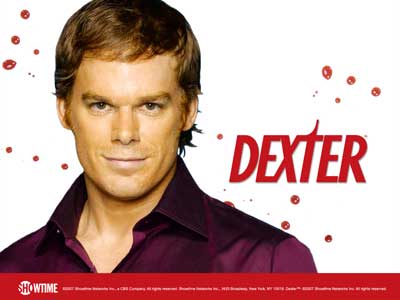 It’s forth season, premiering on September 27, 2009 at 9pm, will have everyone asking “what will Dexter Morgan do next?”

Season Four (Caution : Spoilers Ahead) : Picking up shortly after Season Three, Dexter is now a proud Daddy. His son, Harrison, is fresh into his life, causing Dexter many sleepless nights and making his most simple tasks now difficult. Making a huge error in court, freeing a killer, Benito Gomez, our favorite serial killer must now take things into his own hands. Will an attempt at being the #1 Dad create more issues for Dexter?

Titled “Living the Dream”, the season opens with a glimpse of the newest killer to arrive on the scene in Florida, the “Trinity Killer” played by veteran actor John Lithgow. Lithgow comes off creepy and very sadistic, enjoying the misery of others while dealing with his own personal demons. Retired former FBI Special Agent Frank Lundy, makes his way back to Miami, and is hot on the Trinity Killer’s trail. Deb is shocked by his return and is still searching for answers in the past on her adoptive Father, Harry. A new love affair is sparked within the department as well. Plus, Vince is back with his bad timing and tasteless jokes, I love that guy. 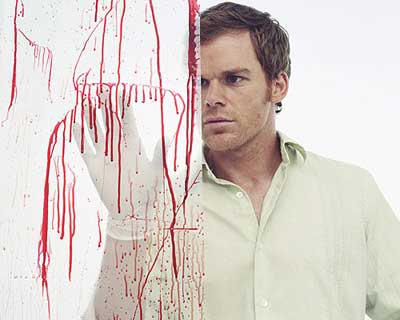 Without spilling all the beans, I will say that Season Four will leave you you satisfied. It does end with a serious cliff-hanger, unknowing of what will happen to Dexter. The viewer will once again be asking …how can he get out of this mess this time?