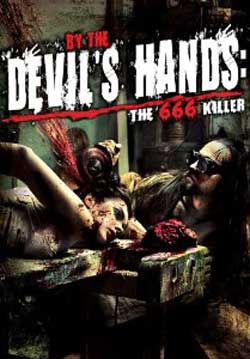 The 666 Killer kills 6 victims over 6 days, 6 ways to die…and, unfortunately, Jamie Anderson has been chosen as victim #6.

Let us talk about the giant mess that was By the Devil’s Hands. Though honestly I’m a bit at a loss as to where to even start. There was just so MUCH that was wacky going on here. Perhaps I will begin with a brief letter to the production company (and production companies in general):

Dear Filmmakers,
Fancy camera work and interesting effects do not make up for bad dialogue, wandering plot, and bad acting. Anyone can take Final Cut Pro and make a movie. That does not mean that just anyone can make a movie worth watching.
XX, Me

This is, very obviously, an extremely low-budget production. The audio was echo-y in some scenes and scratchy in others. There was about 10 minutes altogether of musical score, and either it played during a scene or there was nothing during a scene. I didn’t recognize any of the actors, and I’m fairly certain most people who appeared were just regular people that turned up at the location that day cause they had nothing better to do. The most convincing extras in the whole film were the cops at the end, and I think that was because they were probably real police directed to do what they would really do in a similar situation. And the story was … well kinda hard to explain actually. Because it felt like there were two completely different, unrelated stories going on for the majority of the movie. 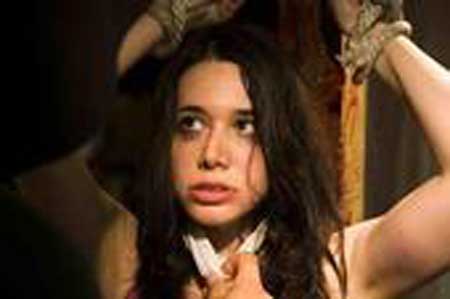 Twenty-five years ago a heinous killer went on a magical murder spree. He killed six women in six days and in six different ways (actually an interesting premise, it seems like forever since I watched a good ol’ fashioned serial killer movie without any supernatural bullsh*t thrown in). In modern days a pretty blonde professional is trying to get a promotion at work while fighting off nightmares and episodes of hysterical hallucinating. While she deals with office intrigue and possibly being a crazy person, the 666 killer starts murdering women again. Eventually, at the very very VERY end of the film, these two paths coincide. Kind of.

Not only do these two plot lines seem completely unconnected for the majority of By the Devil’s Hands, they don’t even seem to be made as the same film. The creepy violent serial killer scenes all take place in a murder dungeon. They are well lit, shot from multiple angles, contain background music, include gore-y special effects, and also include a variety of editing effects. The dialogue is cut down to a minimum so it isn’t as obvious how silly it is. The murder scenes are pretty good, actually. Really the best scenes of the movie.

Because when viewers aren’t being treated to those, they are instead being treated to this boring office stuff with the main character typing on a computer and being told her boss doesn’t trust her and a bunch of other blah blah blah. The sound in these scenes is off, the dialogue is boring, there is no background soundtrack which is distracting, and scenes shot in the dark are hard to even see. It is also very obvious how many of these scenes were shot with just one camera, because it is placed in the corner of a room and just sits there without zooming or panning or angling or anything while stuff happens on the other end of the room. If I took my FLipVid and made a movie in my living room, it would probably look like those scenes.

It was disconcerting how different the quality of the film was as it moved back and forth from the serial killer stuff to the office stuff. I found myself wondering if they had actually made two different movies, realized they were both too short, and so mashed them together. The subplot about one office chick poisoning another office chick was campy, and seemed out of place. In the end when it turns out there is a link between the stories, it was so sudden and kind of random that I just didn’t feel scared by it. And the twist/not twist with the killer getting away? Been there, seen that a million times, not impressed any more.

By the way, what the heck was up with all the phone calls in this film? I don’t think I’ve seen phones play such an obvious role in a horror movie since Scream. After the third scene where a character was on the phone I started keeping a tally. They managed eleven phone calls in a 90 minute film, which comes out to a phone call every eight minutes. That is just excessive and bizarre, especially when they don’t really have anything to do with the plot. Which they didn’t. They just seemed to be a way to keep from having the characters interact directly. Maybe it was too much trouble to get more than one or two actors together on set at a time?

By the Devil’s Hands was made by Windblown Productions, which I had never heard of and rightfully so as this is their only film to date. It was directed, produced, edited, and written by Christopher Abram, another person unknown to me. Surprisingly enough, however, all of the main actors had been in multiple projects both before and after this one. Not exactly big name projects, but they worked pretty regularly. Susana Gibb (the main actress) had a small role in Doctor T and the Women (stupid stupid movie), Reece Rios appeared in Prison Break, and Arianne Martin was in the Crash television series. Nothing else they acted in was recognizable to me. Sean Teague, however (who turns out to be the squirrel-y office dude/serial killer flunky and looks like a poor man’s David Cross) has done voice acting in a lot of anime that I have watched, including Dragon Ball, Yu Yu Hakusho, Fullmetal Alchemist, Samurai 7, and Romeo x Juliet. All awesome shows with pretty good voice dubbing. So maybe Mr. Teague should consider sticking to those projects and leave the low budget horror films to others.

Because I always like to give credit where credit is due (I’m pretty awesome like that) I do want to point out that I did find the initial premise of this film interesting. I liked the idea behind the serial killer. I also liked that there is really no explanation given on why the original killer does what he does. It is always so much creepier when there isn’t some long, convoluted, or just plain campy reasoning behind a villain’s behaviors. 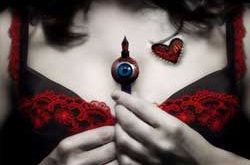