– Watch what happens when two beautiful bad girls with no option are put in a desperate situation.

– It’s a quiet morning in a remote location. You can barely hear her as she sprints through the thick woods, heart thumping in her ears; she hopes that he won’t spot her. The dog starts barking. This is going to get messy

I received a compilation of shorts under the creation of Mike Pecci. It has been compiled into a nice DVD titled “Grindshouse shorts” collecting 3 short creations that were inspired by the early films of the 70’s. For the talent showcased,  Pecci has recruited a few of the Suicide girls for some titillating on scren action. 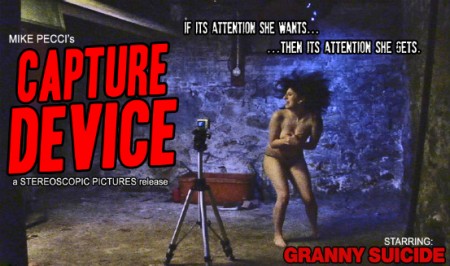 Instantly on review, I can attest that this is an impressive collection of work that lays its foundation in story and tonality using intelligent editing. The DVD begins with a small piece that actually is just an intro shot in black and white. Even as a small segue it is beautifully lit, retains a nice palette of grayscale compositional frames and actually sets the mood nicely for the rest of the collective. A lady struggles trying to get a chainsaw started as she preps for what we assume to be a major ass kicking coming…..very cool, I wish there was more to that one beyond just an intro.

Now I’ll skip ahead to my favorite of the bunch with a piece called  “Capture Device“. Simply it premises on a girl who suddenly is inundated with a mysterious helping of cameras through out her house that she cant seem to locate. As an exhibitionist herself, she finds that this Hitchcockian experience is quickly becoming a twisted nightmare that only is getting worse. The piece is eerie, has a David Lynch  (not the credited writer, but rather the famed director) sort of feel to it and leaves a  heightened lasting impression.  I was most impressed by the instant fear of dread that a few well though out shots can produce on screen. As it progresses it delves into the surreal and finishes off on a haunting note. This note says something about young girls and their reliance on being filmed and acknowledged in the modern age. The piece stars Granny Suicide as the focal character.

“Stray Bullet” is sexier shorter piece that focuses on a hot but mysterious assassin who has just completed a mission  pressing to follow thru into her next. By mixing  photographs with video, Pecci has instilled a stylistic flavor into this piece that just has to be seen. 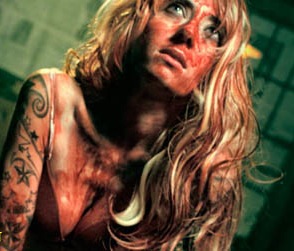 “Cold Hard Cash” is an instant hit with me in its mean lewd exploitation 70’s style. The local crime lord wants his cash, and his girls are gonna get it or suffer the consequences. As he calls them …”his dogs”, it’s apparent he runs a pretty mean operation that wastes no time on killing off those who cross him. A highlight of course is a rather unrated lesbian scene complete with full nudity and hearty rubber strap-on. 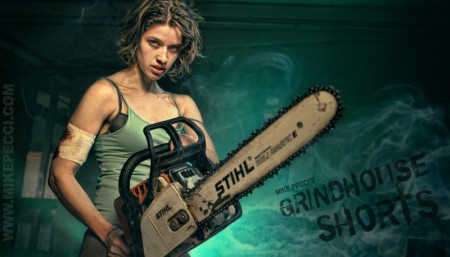 “Cold Hard Cash” opts for a more hardcore retro style, sexual and twisted as the 2 girls quickly change from naughty to downright nasty. The segments are kept tightly efficient as they move from one moment to the next. A great use of old school violence and well placed compositional editing makes this a powerful piece that ends on a clever note. 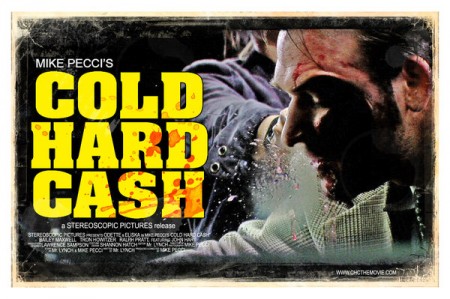 The DVD collective set comes highly recommended as a great overall experience. I’m usually a bit more elusive on shorts as there stories present limited impacts, however this set combines a great use of style and cinematic elements that works extremely from one piece to the next. Mike’s individual pieces have gained a following just on there own merits, this compilation is definitely a treat that you’ll want to chew on for quite some time.

You can purchase the release here 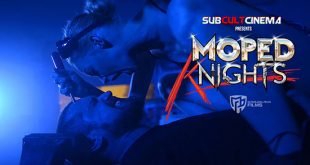 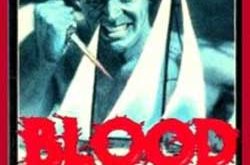 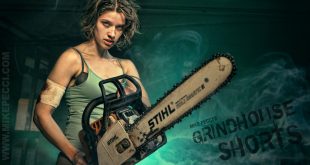 Grindhouse Shorts and a mean Chainsaw!