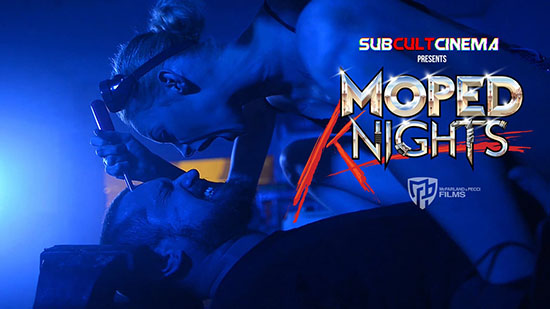 In a city of 100 gangs, one small band of undead moped riders rips through them all on a bloody pursuit of vengeance.

Mr. Pecci is one half of a company called McFarland & Pecci. The other half is a musician and editor named Ian McFarland.  They have created award winning documentaries and short films that have screened in film festivals and have been picked up for major distribution worldwide. They have also produced and directed music videos for multiple Grammy Nominated International acts, including the band KILLSWITCH ENGAGE. 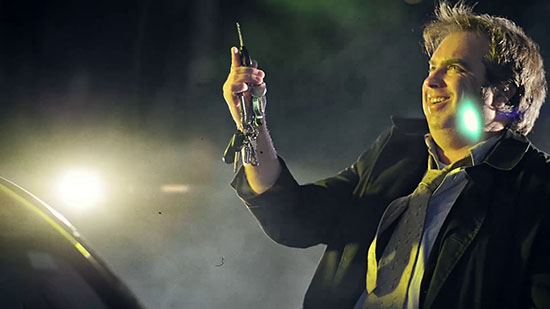 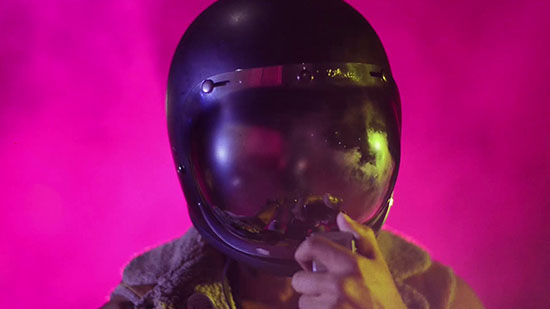 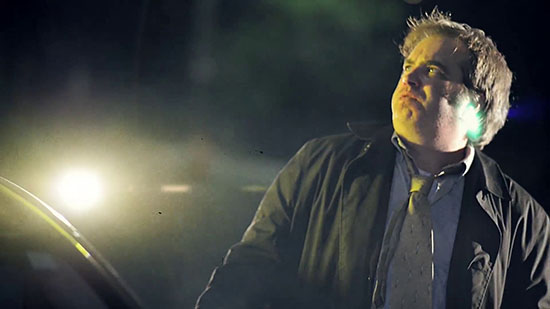 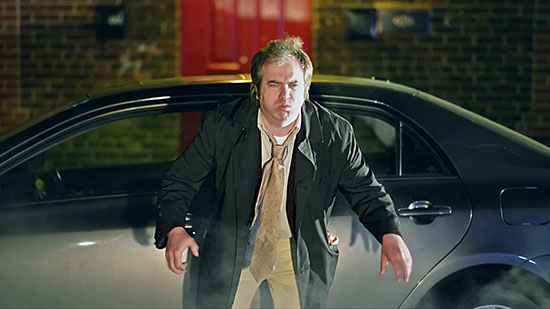 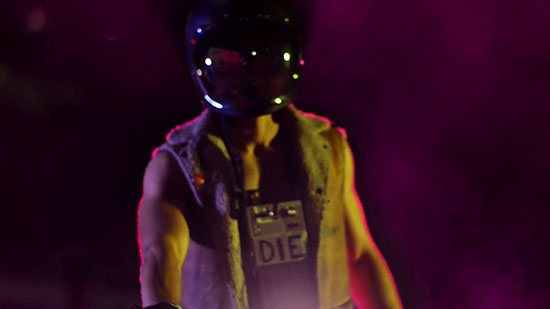 This is a quick film – at a run time of five minutes, we are told a story of loss and revenge. That’s no small feat, just sayin.

I’m not sure what I can say without ruining the film for anyone. It’s a pretty straight-forward tale, along the lines of classic features such as THE WARRIORS.  It doesn’t waste any time, and tells us everything we need to know.

So using my special short scale of one to five, five being awesome, I’m giving this film 3 mopeds.