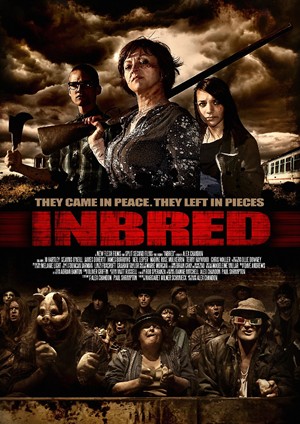 Four young offenders and their workers spend a weekend in the remote Yorkshire village of Mortlake, which prides on keeping itself to itself. A minor incident with locals rapidly escalates into a blood-soaked, deliriously warped nightmare.

Just when you thought you’ve seen it all, this surprise extreme addition comes way per director Alex Chandon

To start off, it contains one of the coolest insane false intros I’ve seen in quote some time. A pretentious well-to-do couple enjoy a lemonade only to be interrupted by the local handyman. I’ll stop there so you can experience that bit for yourself. 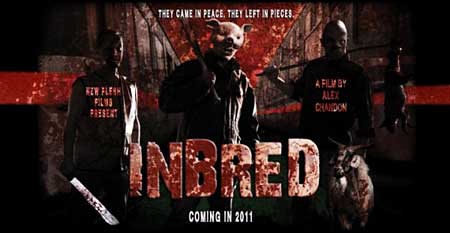 “Inbred” begins much in the vein of those films which include a group who are on route to a small village. I almost wanted to compare it to a “Straw Dogs” but that’s not really what this film is about. A care team has decided to take their team of misspent youths on a weekend outing into the Yorkshire village of Mortlake. The outing involves approaching negativity with positive reinforcement. You know ….the typical psychology trips that helps kids get more acquainted with doing good things.

The small team of visitors include an arsonist, a shy girl, a pot smoking gang member and a  4th troublemaker to boot. Their youth worker combo includes: Kate (Jo Hartley) and Jeff (James Doherty). 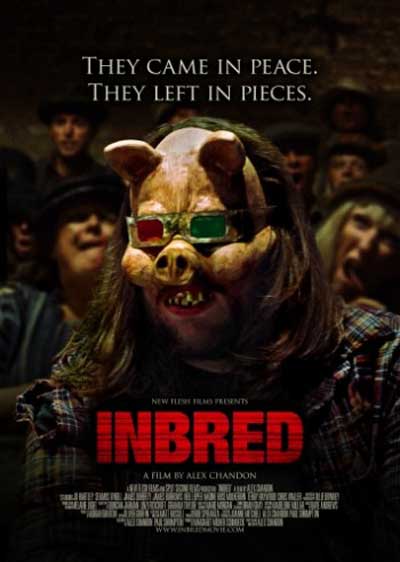 Well the outage led by the rather older but dorky Jeff (James Doherty) starts to turn a little weird when they meet the locals. Of course per tavern, which brings me back to the “An American Werewolf In London” days. But the barkeeper Jim (Seamus O’Neill) is friendly despite the locals having really bad teeth. It all seems pretty harmless, but then again small towns don’t take too kindly to strangers…or city folk as you would call them. 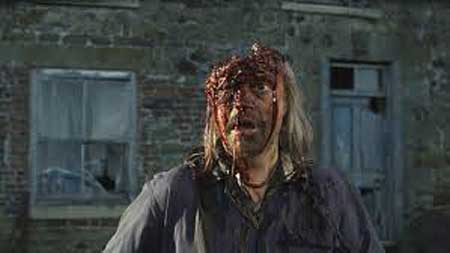 When the group does some game playing per a abandoned train yard, they run into a few of the locals who just want to stir things up a bit. That bit leads to the leader falling and cutting his leg stirring up some local concern. That concern becomes their worse nightmare.

Now hold on to your hats as things begin to get real gruesome and odd. I have to give the fx persons kudos on this one as I swear the decapitations and associated gore effects are pretty F-ing well done. What will take notice in this case is the way the fx blend seamlessly into the real actors. A head chop still has the actors head wiggling about. An instance with a horse is so real you’ll swear you just watched a “Face of Death” moment. Speaking of horses, well…..let’s just say, it’s a worthy extreme moment.

“Inbred” is a UK shot film under the creation of “New Flesh Films”. This being their first production, it will really appeal to the ultra violent viewers. 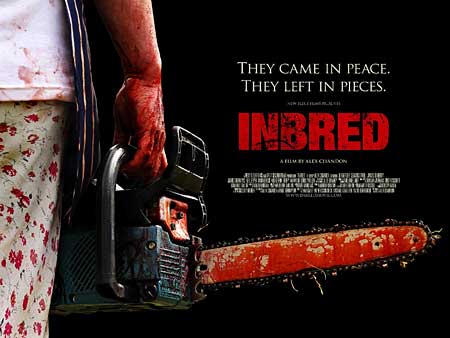 “Inbred” is hardcore for its ability to really not give a crap about happy endings and heroic efforts. The misplaced team who thought they were getting away finds that this little town is in fact a group of whacked out small folk looking for cheap thrills. I think you’ll love the paradox of events that come into play.

Familiar but refreshing in sweet savage cutthroat violence. “Inbred lives up to the new cycle of horror and sends a shout to viewers, that out of the way nooks and buckteeth taverns should be avoided. Let the depraved function without interference or you might be the next sideshow. Savagely vicious, InBred is one awesome insane movie. 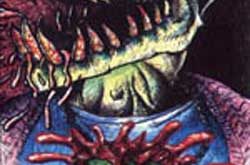 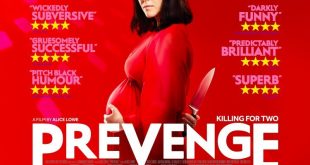 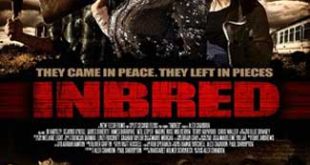