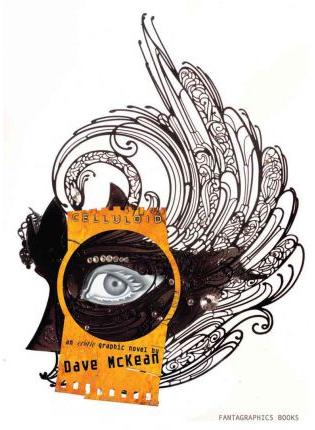 I was starting to get worried that Mckean had retired his book creation activities. Though low and behold, author / artist Dave Mckean has returned with a spanking new fantastic visual eye candy release. (though you expected different?, not likely) Dave has created a new treat for the adults. That means, yep a few p*rnographically illustrated images to boot. As a big contributor to the childrens book arena it was refreshing to see Mckean come out with a more adult-driven release. That’s not to say that several of his releases aren’t adult driven, though this release actually focuses on the subject of erotic fantasizing and games people play. In Celluloid, a entirely visually illustrated book, a women arrives home and reaches out to her partner who is stuck at work.

When she discovers it’s going to be a lonely night, she notices a film projector that still contains some leftover stock. This begins the playing of a stag film that she sits back to enjoy while her thoughts take her into other realms. In this 232 page full cover release, Mckean makes use of his illustration styles by combining several medias into a changing narrative tone that takes our main

Situations find her in a town square, in a secret meeting with a multi breasted woman, as a play toy of the devil and as a showpiece for a group of on-lookers. We see our celluloid character transform from ink into paint into real photographs. Each is addressed with that special Mckean treatment that makes this work so recognizable. The usage of color and digital manipulation makes for a page to page feast of intricate bizarreness that says more with its composition than it would have with a page full of words. Dave Mckean fans will want to own this one to go with his collective of works. Though it is marketed to a 18 and older crowd, so if illustrative p*rn is not your thing, then maybe you best stick with “Cages”. 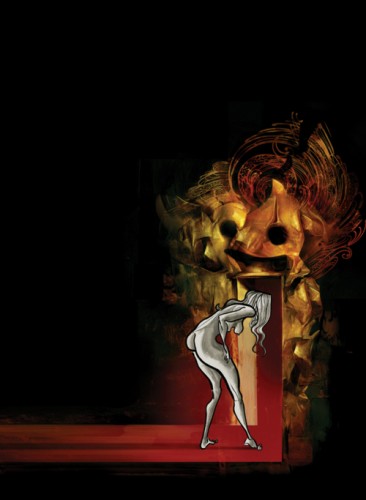 The book comes with a suitable hard cover, vibrant colored pages, and made to go right next to your other art avant grade collectives. Mckean keeps the style of thoughtful collage alive with calculated precision. 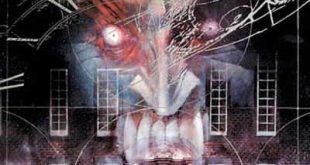