Based in the foggy, gothic, cobblestoned back streets of the United Kingdom, been a professional Illustrator and Animation Director for a good few years.

Specializing in character and creature design, with a strong leaning towards Horror and the dark urban fantasy genres. Currently writing and painting an original new grim & gritty comic book series, ‘LEGENDS’ to be launched at the San Diego Comic-con Summer 2009 with a hush-hush director already attached for a film version and developing a horror genre CGI animated feature which hopefully (!) I will be directing.and there you have it! 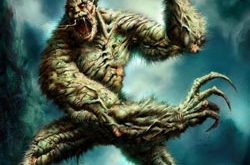