As children, Sam and Dean Winchester lost their mother Mary to a horrific paranormal incident. Raised by an obsessively driven father searching for revenge, they’ve become hunters—traveling America to save others from things that go bump in the night. Now the past has come back to haunt them: their father mysteriously vanishes, and Sam’s girlfriend Jessica dies in exactly the same manner that Mary did all those years ago. Together, the Winchester brothers hit the road again to find their father, finally root out the secret behind Mary and Jessica’s deaths, and kill as many spooks and monsters as they can along the way.

Having no history or past fandom for the genre of anime, I was admittedly skeptical when I first learned that the television series Supernatural – of which I am a big fan – was being made into an anime series. After subsequent trailers and teases became available online, I became more excited but still reserved. But after the Supernatural panel at this year’s Comic-con presented a longer clip from the series, I eagerly awaited its release.

I can say now that Supernatural: The Anime Series does not disappoint. 22 half-hour episodes include both adaptations of stories from the live-action series and original tales taking Sam and Dean Winchester down all new, often darker roads. With creator Eric Kripke’s blessing, the episodes based on existing episodes are cleverly re-imagined and enhanced, the freedom of animation allowing the storytellers to go where a live-action show with financial and physical – i.e. human – limitations can’t. The original stories offer fans of the show new adventures, leaving you wishing they could be adapted for real. 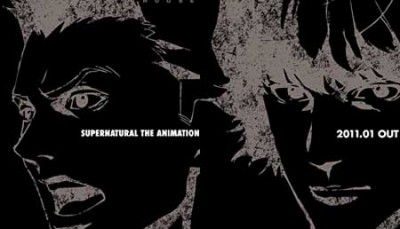 Those feeling remiss of not having star Jensen Ackles voicing the character of Dean (star Jared Padalecki voices Sam for all 22 episodes, and he’s great) need not worry. Substitute Andrew Farrar is terrific, capturing Dean’s cadence and tone perfectly, and within minutes of the first episode his characterization wins you over (Ackles is on board for the climactic 2-part finale).

The animated representations of Sam and Dean embody many of the physical attributes of their human counterparts while faithfully honoring the traditional anime style (though popular recurring characters John Winchester, Bobby Singer and psychic Missouri Mosely have been vastly changed). The backgrounds, lanscapes and objects – particularly the beloved Impala and the infamous Colt – gleam with beauteous detail. And where American animation is more reserved when it comes to violence and gore, it’s no holds barred here, which should delight fans of true horror.

Standout original episodes include the hysterical “The Spirit of Vegas,” the chilling “Rising Son” (based on a previously released comic book series) and the wrenching “Everlasting Love.” Adapted episodes from the live-action series – taken from the first and second seasons – include “Moonlight,” (i.e. “Heart”) “What Is and What Should Never Be” and “All Hell Breaks Loose Parts 1 & 2.” Fans will note various changes, particularly to the finale’s pinnacle moments (you know what I’m referring to!), and hopefully appreciate and embrace them as creative and powerful alternative narratives. 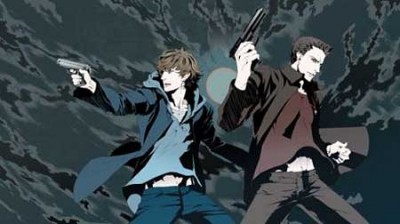 For those who like going behind the scenes, an in-depth featurette takes you to the Madhouse studios in Japan to see how the series came to be. Of particular interest is the creative decision to have two directors: a man (Shigeyuki Miya) to take charge of the episodes involving more action and horror, a woman (Atsuko Ishizuka) to lead episodes involving more emotion and heart. It’s a little slow at times and some subtitles are hard to read (white lettering against bright backgrounds makes it challenging), but it does offer some interesting insight.

Also featured are interviews stars Ackles and Padalecki, who introduce each episode, and creator Kripe. Viewers can opt to watch the English-dubbed versions or with the original Japanese soundtrack – featuring voice actors Hiroki Touchi and Yuuya Uchida, who also dub the live-action series for Japan – with English subtitles.

As a lay person to the anime genre, I have a newfound respect and appreciation for the art form with this release. As a loyal fan of Supernatural, I thoroughly enjoyed The Anime Series and eagerly await a second season. Carry on!