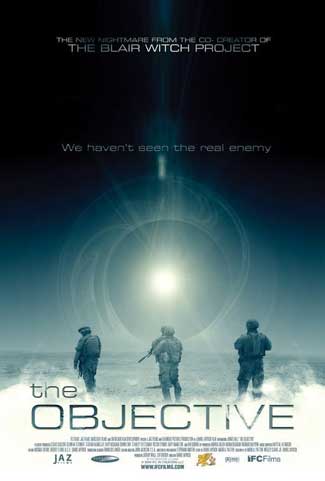 Two months after the attacks of Sept. 11, 2001, CIA agent Ben Keynes (Jonas Ball) journeys to Afghanistan to lead an elite special forces team across the barren desert sands in search of a mysterious man named Mohammed Aban. But as the crew slowly divines the real purpose of the mission, they are drawn into a stranger, darker and deadlier world than they had expected in this wartime thriller from the director of The Blair Witch Project.

The unknown, the secret agencies looking into it, the hidden information, the military, the level of involvement.. these are all questions that dig deep into the heart of society paranoia. With due respect and rightfully so. Why should we think that everything is fine and dandy leaving nothing extraordinary? This notion is the basis of the film “The Objective”. The term itself is in reference to the mission set forth by the government in which higher ranking officials show up on elite missions taking control and bringing the best soldiers with them. In this case the official is Benjamin Keens …a member of the direct operations central intelligence agency (CIA).

It begins in a narration of being 3 days after 911 and a fear that the enemy night have gotten its hands on nuclear weapons. Though Benjamin was sent in for fear of something much more powerful that needs explanation. He has returned to a place from his past that he hasn’t revisited for 10 years. He is sent to Afghanistan to sanction a team of soldiers suitable for the mission. They are called 392 a special forces team. The mission is to locate a holy leader named Mohammed Aban who is believed to have information about this anomaly. When they arrive at a local village they learn that he is no longer there and is rumored to have taken to the hills. The hills which also have been coined the moniker “Hill of Bones”.

The team heads out in search of this informant with he aid of a guide named Abdul. Though the journey is not without its treacherous paths which contains land mines, and holy soldier snipers which try and defer the team from carrying forward. The group of soldiers suspect CIA foul play which is concluded to being lead on a suicide mission. As it is told the subject matter actually falls upon an old legend of a phenomena called “Vermons”. Vermons correlates to talk of ufos, flaming shields, weapons of uncontrollable power and the tale of the Hill of Bones. Hill of Bones is the pile which can be seen from space collecting the bones of those who have died in the wake of this nightmare. As they put it thousands have journeyed out to never return.

The film builds upon a classic tension and posse-on-a-mission format that finds horror more in the lack of information and unknown waters they are charting into. What seems to be just a trek thru the hills is actually a discovery of something unexplainable and mysterious, so much that its beyond description for the most part. A triangle symbol marks the only clue to the bizarre thing they encounter which includes mysterious lights, weapons that defy current classifications and all things that point to that of supernatural or extra terrestrial nature.

It is indeed a suicide mission that is fueled by Benjamin’s need to send satellite images back to the command center. While the origin of the activity is undetermined, the slow build on the inevitable strangeness is what carries this film forward. Much of the film is capsulated in the package of a war film, though the true intention of the movie lies in a marriage of horror and partial science fiction.

Director Daniel Myrick who is also co-writer on the screenplay has an uncanny ability to take on projects that don’t follow the tight and narrow. As evident in former films such as Blair Witch and Believers, he brings material that at first feels familiar but evolves into its own beast. For these reasons I can say “the Objective” does have a certain air of freshness that doesn’t take the common denominator approach with a very mature premise. I enjoyed the film which like his other works ends on a note that stays with you….! 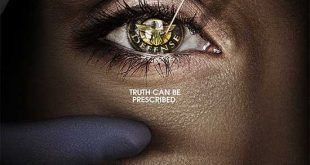