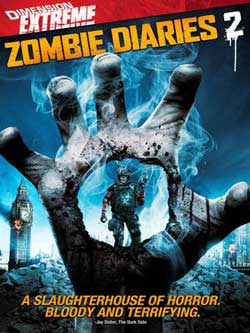 Three months have passed since a viral outbreak wiped out 99.9% of the world’s population, turning its victims into flesh-eating living dead. In the UK, a surviving band of soldiers and civilians have taken refuge at a rural military barracks. Life in this new world is tough and brutal, but hope appears when a high level communication is received from a military base on the coast, telling of sanctuary elsewhere in Europe… But just as salvation appears to be in reach, the base suffers an overwhelming defeat at the hands of the living dead! The surviving handful of troops and civilians must now make their way to the coast to uncover the truth behind the message. Their perilous journey takes them across a now treacherous, death-ravaged landscape, where the living dead are vast in number and wandering bandits impose their own malicious sense of law and order. What follows is a journey into hell and a desperate battle against all odds for the very survival of the human race.

First things first, I did not see the first Zombie Diaries movie so this review will be from that perspective, if you will. Second, this movie is done with the hand-held camera point of view technique which will probably induce bouts of queasiness for some. There’s a reason why they call it shaky-cam. Suffice it to say it can be very annoying at times. Overall, though, its effectiveness in this movie certainly adds to the atmosphere which is one of not only desperation but of hopelessness in a world gone mad. Or zombiefied to be more accurate.

The movie starts with a birthday celebration of a little girl. She sits at the kitchen table as her parents bring in a cake. No sooner than she blows out the candles the dad hears something outside. And even though they have been warned to stay inside due to the viral outbreak that has more or less wiped out the earth, he thinks it’s a great idea to go out and investigate. It doesn’t go well but of course, when does it ever? 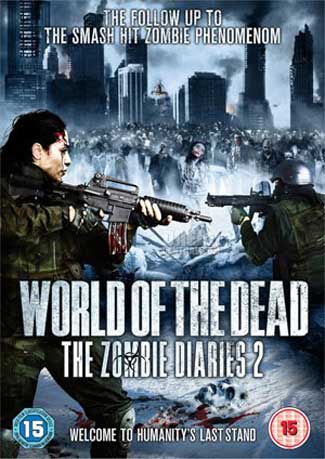 Cut to a military compound where we meet Nick Jones, or Jonesy, an army photographer turned videographer. He talks about the outbreak and then, with his camera, proceeds to introduce us to several of his fellow reservists. As one of them points out, they are just normal people who before the madness were just living everyday lives as teachers, investment bankers and the like. There is no law, the country is in chaos and there exists only small bands of survivors. Jonesy is attempting to document the horror and it isn’t long before he gets his wish.

Zombies overtake the compound during a night attack and only a small group of the reservists get out alive. They are led by Maddox (played by Philip Brodie) who has heard of a small town near Hopes Point, a safe haven and a launching point for a rescue by ships. Bad news is they only have two days to make it there or else all of the country is going to be firebombed. Nothing like a ticking clock to get the action in gear. Along the way they’ll encounter not only plenty of zombies but roving gangs as well. Getting out of this alive is not going to be easy.

World of the Dead: The Zombie Diaries is a fast paced movie and only lulls for brief moments. You’ve seen most of the plot before but that doesn’t keep it from feeling fresh. Scares and gore are not the intent here. The zombies, for the most part, are easily dispatched by the large guns carried by our group of survivors. It is the sense of bleakness and isolation that is the scary and unsettling part of the film. You get the feeling that if something like this would actually happen, the world would turn into exactly the kind of desolated war zone that is depicted.

The acting is above par and that really helps in a documentary style of movie such as this. You’re going to be spending a lot of up close camera time with these characters so you better like them. The make-up is well done as the zombies look, well, like zombies. The script keeps the action coming at a pretty good clip while directors Michael Bartlett and Kevin Gates really capture the sense of gloom and despair as humans not only fight off zombies but each other.

World of the Dead: The Zombie Diaries is a respectable zombie movie that will probably appeal more to those who just can’t get enough of the living dead. For some, the shaky camera will be too much. For those zombie lovers out there, it’s worth seeing once on rental but I wouldn’t rush out and purchase it without seeing it first. Like any good post apocalyptic movie, this one will leave you thinking that perhaps it’s best not to be one of the last survivors. 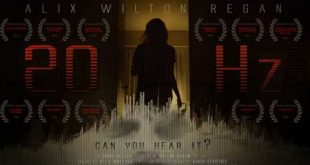