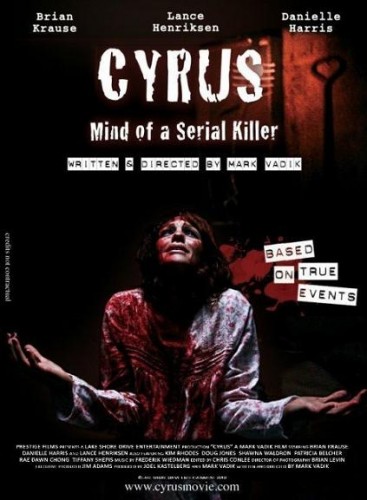 A small independent news crew investigates a series of unexplained disappearances in a small Midwestern county. They find themselves interviewing a man who possesses an all too intimate knowledge of the details of “The County Line Cannibal” – Cyrus. Based on a true story

REVIEW:“Cyrus: Mind of a Serial Killer” is a movie I stumbled upon by accident. It all started back in March while at HorrorHound Weekend in Indianapolis. “Cyrus” was playing the event but we had just arrived and wasn’t really ready to watch films. Another film was about to have a panel which I was really interested in seeing and I wanted a good seat. The film must have started late and “Cyrus” was still playing. I watched the films’ final twenty minutes and I was intrigued. I had no clue what was going on but Danielle Harris, Lance Henriksen, and Doug Jones were in it. I figured I would catch it eventually except quickly slipped my mind. So I was pretty excited to find “Cyrus” in my latest package of films to review. Even having already spoiled the climax for myself, I have to admit that the film is pretty damn good!!

Danielle Harris is Maria, a young reporter following a lead on three women who have disappeared. Along with her cameraman Tom (Tony Yalda), she travels to the town of Arkham Heights to chat with a man named Emmett (Lance Henriksen) who claims to have been a friend of Cyrus (Brian Krause of “Sleepwalkers” and “Charmed”), who is also known as the County Line Cannibal. He agrees to fill her in on everything he knows, but the truth might be more terrifying to hear than she could have imagined. 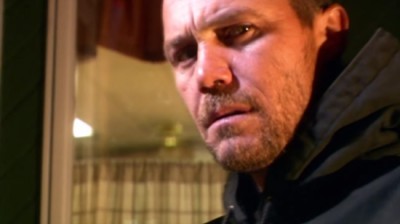 “Cyrus” is supposedly based on a true story, though presumably loosely. I looked up “The Butcher of Hanover” Fritz Haarman, who appears to be the inspiration for the character and decided it best not to look to deep into it and try to just enjoy the film for what it was. What is it? Well, it is a film that follows the exploits of a serial killer. Writer/director Mark Vadik approaches the material like a pro and does his research, keeping the story moving while never once crossing the boundaries of bad taste and really does try to make a dark tale that could very well happen at any time in “the real world”. There is enough gore to entertain the horror fans but doesn’t go overboard and steers away from being gratuitous. There are also scenes interspersed throughout the film that are interviews with psychologists and doctors that look at serial killers from a medical standpoint and gives facts when they are heard are frightening and real. Somehow it all just manages to make the rest of the proceedings just the extra bit more horrifying. 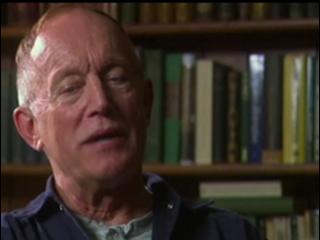 Brian Krause was a real surprise for me. I had seen “Sleepwalkers” many years ago and enjoyed it but having watched a few episodes of “Charmed”, he just seemed like another television actor. Boy was I wrong there. He carries this film and manages to elevate already solid material and portrays Cyrus as a dark soul who lost his humanity. There are moments when we learn about where Cyrus came from when you feel sympathetic for him, but we still despise what he has become. Lance Henriksen is always a pleasure to watch. Whether the film is good or bad, Lance always gives 110% and this film is no exception. His voice and narration set this film apart from the numerous others out there. And we can’t forget to mention Danielle Harris who is really proving how great of an actress she really is. With films like “Hatchet 2”, “Stake Land” and now “Cyrus”, she has found herself in much more mature roles and they suit her nicely. With appearances by Doug Jones, Rae Dawn Chong, and Tiffany Shepis, Vadik has a talent for bringing out the best in his performers.

“Cyrus: Mind of a Serial Killer” is a rare find where everything seems to align just right. While not quite as vicious and real as “Henry: Portrait of a Serial Killer”, it still manages to bring its own personality to the table. Catch it on DVD June 28, 2011 from Anchor Bay.