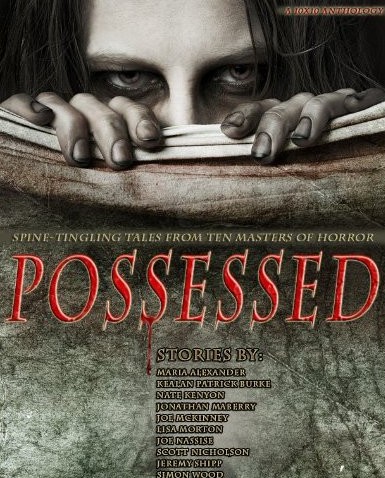 The great advantage of the short story is that you can do one in a single sitting. A little shot of pure horror, down in one. None of this laboriously wading through another chapter every night only to discover that the monster was killed and good prevailed. And if you don’t like one author, then like a good bus service, another one will be along in a minute. This collection has the added advantage of being priced as to be virtually irresistible. So, what’s in store? Herewith, a brief, non-spoiling summary.

The author is a real-life lawman and consequently adds a note of authenticity to his cop characters. They discover a crumbling old tome that once belonged to a cult of inter-breeding Satanists – ‘nuff said.

I remember a car that followed our school bus once. It was black, and might have been an old hearse. In the front seats were two odd, Gothic looking characters, with sunglasses and grim expressions. This story reminded me of that incident as it may reveal who was actually behind us.

The Room Beneath the Stairs – Kealan Patrick Burke

A small ungrateful little boy goes to visit his grandmother under protest. She tells him the true story of what happened to his grandpa and why the eponymous room makes his blood run cold.

A suicide specialist begins to feel suicidal herself. And she’s not alone.

Great title. Absorbing, disquieting and typically Shippian (I think I’ve invented a new adjective there), a break-down in a relationship is tinged with supernatural overtones – and we’re never quite sure where the boundaries of reality lie.

Straight from the Twilight Zone comes this highly original tale of an anthropomorphic shower curtain. Not as funny as it sounds. Quite the opposite in fact.

What a nasty little character the protagonist of this story is. A ne’er-do-well, hedonistic rich kid is confronted with demonic forces from a most unlikely source.

(Given the title, I’d have put this story last in the anthology – too obvious?) Editorial suggestions aside, it’s a cracking tale of an old diary which begins to communicate with its owners. Only what it has to say is rather…eerie, to say the least.

The battle between the forces of Good and Evil spilling over into the human realm is a classic horror meme. But it’s given a satisfyingly original interpretation here.

The Buzz of a Thousand Wings – Nate Kenyon

More cops. But that’s not a bad thing. You might think what they discover is the handiwork of a particularly sadistic serial killer. If only that were the case.

As the US politicians say, “I endorse this anthology”. Four Black Stars.