Home | ‘A Horrible Way to Die’ but a pleasure to watch

‘A Horrible Way to Die’ but a pleasure to watch 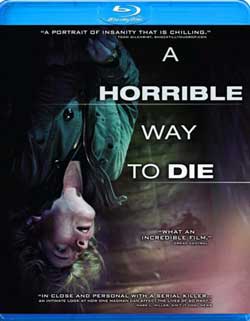 Discover the Secret — September 6th on Blu-ray and DVD

Forget everything you’ve ever seen in a serial killer movie and get ready for the chiller that stunned festival audiences around the world! Named one of Movieline’s Most Anticipated Films of 2011, Anchor Bay Films releases the atmospheric thriller A Horrible Way to Die September 6th on Blu-ray™ and DVD. Officially selected by such prestigious film festivals as Sitges, the Toronto International Film Festival and Fantastic Fest, A Horrible Way To Die arrives with an SRP of $34.99 for the Blu-ray™ and $26.98 for the DVD. Pre-book is August 10th.

In the film directed by award-winning director Adam Wingard (Pop Skull), notorious serial killer Garrick Turrell (AJ Bowen, House of the Devil, Hatchet II) has just escaped police custody and resumed his killing spree. His former girlfriend and recovering alcoholic Sarah (Amy Seimetz, Alexander the Last) has recently moved to a small Midwestern town and is trying to put her life back together. She regularly attends Alcoholics Anonymous meetings, where she meets fellow addict Kevin (Joe Swanberg). Kevin is romantically interested in Sarah, but she remains withdrawn: her past continues to haunt her and may soon catch up with her, as Garrick is leaving a trail of bodies in his hunt to find her…

Mark L. Miller from Ain’t It Cool News called A Horrible Way To Die “In close and personal with a serial killer…an intimate look at how one madman can affect the lives of so many,” while Scott Weinberg from FEARnet declared it “a crafty and calmly mysterious little road thriller that earns big points for simplicity, intensity and plain old good acting, and Mike Suave from Exclaim.ca enthuses ““…so well constructed that your jaw actually drops.”

Bonus features on A Horrible Way To Die Blu-ray™ and DVD include audio commentary by director/editor Wingard and writer/producer Simon Barratt, a behind-the-scenes featurette and the theatrical trailer.

Anchor Bay Films is unique in that it offers the creative community a fully integrated distribution capability on all platforms and an international solution extending beyond the U.S. Anchor Bay Films is a division of Anchor Bay Entertainment and is on the ground providing quality distribution with operations in the U.S., United Kingdom, Canada and Australia, as well as distribution capabilities in other key territories. The company focuses on a platform release strategy for its films with an eye toward maximizing their potential across all ancillary distribution platforms. The company recently released Kill the Irishman starring Ray Stevenson, Vincent D’Onofrio, Val Kilmer and Christopher Walken and Meet Monica Velour with Kim Cattrall. Also in its library is the critically acclaimed comedy City Island starring Andy Garcia and Solitary Man starring Michael Douglas. Soon to be in theatres is Toronto International Film Festival award-winner Beautiful Boy with Maria Bello and Michael Sheen. Anchor Bay Entertainment is a subsidiary of Starz Media, LLC (www.starzmedia.com) which is a controlled subsidiary of Liberty Media Corporation attributed to the Liberty Starz tracking stock group.

Tags A Horrible Way to Die