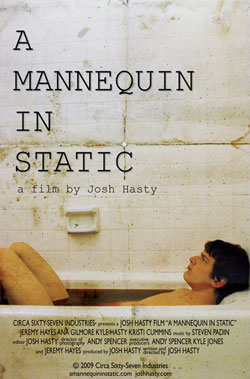 Haunted by the stigma of their complicated pasts, seventeen year old Alex and his mother Anne are starting new lives together. Hidden from the truth, Alex finds himself feeling disconnected from the physical world he lives in, and begins finding places to live inside his head through the stories he writes.

Life begins to take a pleasant turn when Alex finds himself falling for his new best friend, Ashley. But as Alex begins to discover the truth about himself and the lies that create the world around him, he finds that he is living alone in his own world. However, the world he has created in his head is soon discovered to be no safer than the world that drove him there.

Mannequin in Static upon first impression is at its core a 2 act story. Although the stories run into each other, you might find yourself jarred at going from one premise to another. The first premise is based around Alex, the new kid in town. Relocating to a new area with his mother is hard enough after the split. Alex (Jeremy Hayes), a basically shy, and somewhat reclusive boy has to start over with a new school and new acquaintances. On the surface, everything seems pretty normal. He writes alot, daydreams and finds interest in a girl he meets named Ashley. The film itself tends to move slowly… though it’s purpose is to establish a romance story between Alex and his new best friend Ashley. Ashley (Ana Gilmore ) is a likeable pretty girl, who is as sweet as she is easy going. They hit it off pretty quickly after meeting at a local party in which they find they share alot in common. MIS documents the 2 as they date, attend local events and find new ways to hsare time together.

At this point I was wondering if the film was even the right genre. Though to shake things up a bit, Alex tends to have daydream visions that are often filled with violence, blood and murderous imagery. Somehow they don’t fit the puzzle, which in itself starts to weigh in on Alex’s character and how these things are connected. We learn later that alot of his writing is in fact for a screenplay he’s been wokring on which is based on the “paper bag murders” from his former hometown. Something about a lady who murdered several others wearing a paper bag. From this, we learn that Alex has a dark side or at least a fascination for it.

When Ashley surprises Alex with a birthday gift of a new handheld video camera, he takes to it pretty quickly filming constantly. The footage is played on screen in an aged format to differentiate the film from the camcorder footage. Though much of this footage is spent filming Ashley, their times together and a bit of the growing romance between the 2. Alex makes a few new friends from school and thru the parties they attend, but the friendships are closer to acquaintances than solid friendships. When Alex and Ashley set out to make his screenplay into a film for the school project it sparks things up a bit.

Director and writer Josh Hasty definitely has a talent for catching the light and dark side of film content in this first outing. While the buildup has a later purpose it could easily stand on its own as a light hearted romance movie. The horror ending of the film almost clashes like water to ink but does so in a way that viewers aren’t expecting. AMIS did leave me with a few unanswered questions. I’m not sure if I missed something or if it was just part of the assumption factor.

However I’m sure viewers will question the sudden change of character. The final act of the film caters to the build up of violence that almost makes you want to go back and leave the whole last section off to return to the light hearted end…then of course this wouldn’t be a horror film right?

As Alex furthers his destructive path, he announces that “Alex is long gone” suggesting the full change in personality. At this point the camera work also picks up the pace into a more frenetic, blurry combo of shots.

Narrative clues point to a monster that lives within Alex, that is meant more metaphorically due to his personality changes. The connection to the bag lady wasn’t entirely clear as to if she was a reality, an inspiration or a alter ego subdued in Alex’s conscious.

Much of this film left me with a sense of a poetic effort both visually and literally. This quality plants an intelligent sense of filmmaking that is usually not seen in a micro budget release. The film is easily likeable and while it mostly stays out of the horror genre it does end on that note for a grueling climax. 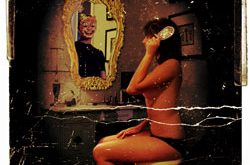 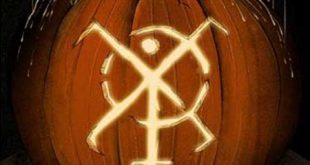