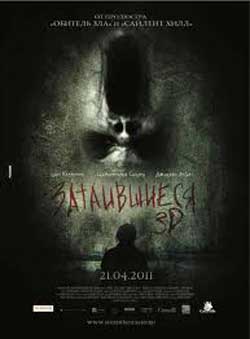 The English-language horror/thriller is about an abandoned experimental medical center that harbors a deadly secret. It only becomes known when a restoration project begins.

I’m always taken aback when a film is titled with 3D tagged on the back end. The version I have is 2D but is very  apparent that there were several shots that were intended to …well …..pop out in 3D. With that tidbit aside, really what we want to know is, is the film any good and what’s it about?

The intro credits are done well as they explain the exotic fly experimentation that Brian’s mother Dr. Susan Carter has been dinking around in the old laboratory. As we are told, she is running experiments on those with addictive habits to suppress the addiction on some form of gene cell level. This is derived by extracting  bug juice and implanting it into the subject’s brain. The subjects are placed inside a new revolutionary machine (called Ventris) that cures their addictions. Though the addictions become symbiotic causing cellular restoration and are manifested as a separate living hosts that gives birth to some sort of mutant bug children. The surviving offspring is known as breeder 1. Carter’s center was closed down when she suffered a bite from the venomous fly and died shortly after.

Now all this scientific premise material might be a little hard to follow at first but essentially all we need to know is that the addiction genes have become murdering little blackened eye children. Moving forward…. when (Sean Clement ) Brian Karter’s mother dies, he is left a remote church building converted into what is being called the Sanctuary. His mother who was at the heart of media controversy leaves behind a legacy of her work in the field. Brian though wanting no part of it is called in to visit his mother’s inheritance to decide what he wants to do with it and if it’s worth restoration. Him and his friends slowly become victims as food for the brats.

Meanwhile these hybrid looking lighting bugs are flying are in 3D and annoying he crap out of everyone. There is something legitimately creepy about these blacked eye children than more or less reminded me of Emily Rose. Though the scientific agenda mixed in with horror at times is too much to process being that what we are getting is really a body count countdown leading to a grannd finale. The building used is pretty damn effective though and adds a nice touch to the set design.

The movie was filmed in Italy and Canada and claims to have a budget of $8 million. Though I found this hard to believe even with the special effects thrown in. One perk was the movie has a few really tricky beautiful shots that were intended to provide some 3D flair. Now the film original name goes under a Russian concoction but all the actors felt American enough to me. At times the kids also reminded me a bit of that one Blade movie, but all that aside this film was just ok and cheesy at other times. I think my reaction was that it felt it was closer to  a TV series episode thru moments and other times a movie. The idea of the addiction children was a new one so kudos on that however the acting talent was only enough to keep the film moving from one effect to the other. No real thrills here, and strangely enough the original promise still felt like it was digressed from a bunch of other things. Directed by Antoine Thomas, this is a debut directorial so you have to taken that in stride as well. I’ve grown tired of 3D experiments and was kind of glad that my version was 2D. Though in 3D or not, what fans want is a story they can attach themselves to. I’m not so sure this was one of them. 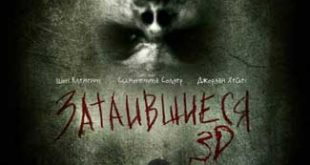