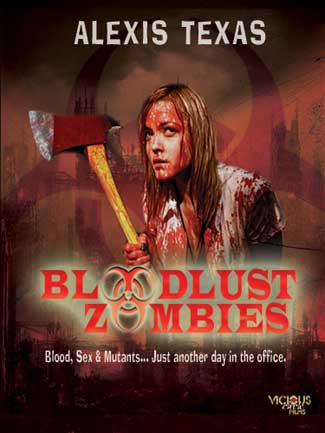 SYNOPSIS:
Like typical 9-to-5 cubicle dwellers, the workers at Zlantoff Industries are just counting down the minutes and seconds by the end of the day. And just like any office, mishaps are bound to happen: spilt coffee, jammed fax machines … mutant viral outbreaks. When a chemical spill in the lab on an otherwise uneventful weekday puts the office on emergency lockdown, the staff unwittingly becomes the first test subjects for an experimental, biological weapon – and if the mutant virus doesn’t spur cannibalistic murder, the passive aggressive office banter will.

I really learned a lot from this experience, says Texas, a five-time AVN winner, on her starring role.

This was my first time ever on a independent movie so at first I didn’t think I could do it, but when I got on set I just felt comfortable and everything just fell into place. I loved it and hope I do many more.”
Special features for the Bloodlust Zombies DVD will include a director’s commentary, a behind-the-scenes featurette, and Dan Lant’z short film Louisiana Smith and the Bastard Son. 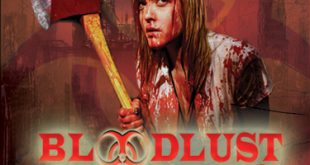