With DAYS OF THE DEAD just two months away, we haven’t stopped adding great guests and events to the show just yet! There are still plenty of exciting things coming down the pipe for what has arguably become the most anticipated new convention of 2011! 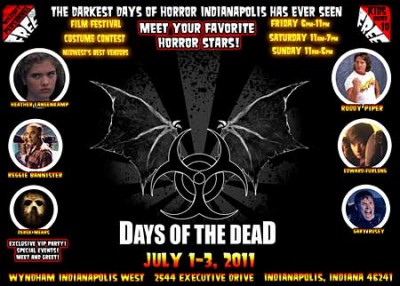 To go along with the mid-west premiere of Heather Langenkamp’s, “I Am Nancy,” DAYS OF THE DEAD is very proud to announce a one of a kind, first time event: DON’T FALL ASLEEP: The Nightmare on Elm Street Museum. Presented by world renowned prop enthusiast, Mike Becker – whose collection has been featured on the award winning documentary, Never Sleep Again: The Elm Street Legacy – this special display will feature dozens of screen used items from every single film in the Nightmare on Elm Street series, from the original 1984, A Nightmare on Elm Street, up to the 2010 series reboot of the same name. This is the first time ever these items have ever been shown to the public, and offers a VERY rare opportunity for fans to see some of the most highly sought after items in the history of one of the greatest slashers of the modern horror era. 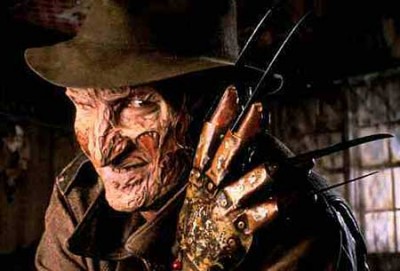 The highlight of the show will undoubetdly be Freddy Krueger’s hero glove, worn by Robert Englund, Jim Doyle, Leslie Hoffman and Mark Patton, and used in Nightmare on Elm Street 1 and 2. In the Horror Prop industry, this piece is considered to be the Holy Grail of any Nightmare on Elm Street item. Only one glove was ever made and used for the first two Nightmare on Elm Street films, and this particular item has long been the most sought after prop in all the Nightmare series having gone missing for many years after reportedly being stolen from the film’s set.

DAYS OF THE DEAD 2011 is very excited to announce the addition of several fan favorite celebrity guests for its upcoming Indianapolis show.

Coinciding with the mid-west premiere of “I AM NANCY” and the Nightmare on Elm Street Museum, DAYS OF THE DEAD has added two notable stars from one of horror’s greatest franchises of all time – KEN SAGOES and MARK PATTON.

Mark Patton is best known for his role in the 1985 horror film A Nightmare on Elm Street 2: Freddy’s Revenge as Jesse Walsh, a teen whose body becomes possessed by Freddy Krueger. Somewhat maligned for many years, A Nightmare on Elm Street 2 has recently begun garnering appreciation as an underrated and misunderstood installment in the NOES franchise and praised for its bravery in incorporating a homo-erotic subtext into the film during the era of the early 80’s.

Also joining DAYS OF THE DEAD is husband and wife duo of REGGIE and GIGI BANNISTER.

Reggie Bannister is best known for his starring role as the intrepid ice cream vendor-turned hero in the action-horror series, Phantasm I-IV, and is perhaps the only genre star bad-ass enough to brandish a four-barreled shotgun. A very accomplished actor, Bannister’s career spans over 40 years in television, film and entertainment with a varied background that includes writing, acting and music. Besides his fan favorite appearance in the Phantasm series, Reggie has appeared in such other films as Bubba Ho-Tep, The Mangler Reborn, and Wes Craven’s Wishmaster, among others.

Reggie is joined by his wife, Gigi Bannister, world renowned for special effects and makeup, Gigi became comfortable on both sides of the camera. She’s been in over a dozen films and television shows, is a popular guest at horror conventions, film festivals, film/SFX workshops and seminars. A special effects artist by trade, Gigi is a producer, director, UPM, location scout, film liaison, and has appeared in such films as Don Coscarelli’s Bubba Ho-Tep , as well as being credited with special FX and make-up for Phantasm IV: Oblivion.

There are currently just under 20 limited VIP Tickets left for DAYS OF THE DEAD 2011 – don’t miss out on the greatest premium ticket of an convention event in the country including such perks as:

– FREE Celebrity Autograph of your choice

– FREE Professional Photo-Op of your choice

And much, much more!

For more info on the VIP Package, visit: daysofthedead.net/vip

Weekend Passes are also available now! Avoid price hikes next month and get yours now! Pre-ordered Weekend Pass holders will also be able to pick up their wristbands at Will Call on Thursday, June 30th, as well as any day of the event, without having to wait in long ticket lines at the door. With walk-up attendance expected to be very high, the wait for lines to get into DAYS OF THE DEAD is expected to be lengthy. Don’t cut into the time which you could be enjoying the event and walk right in by pre-ordering your Weekend Pass today!

Vendor Space for DAYS OF THE DEAD 2011 is almost sold out with space being EXTREMELY limited. If you are an artist, merchant, film maker, or organization wanting to vend your wares to thousands of fans over the weekend, or simply want to promote your latest project or organization, get your vendor space today before they are all gone (only around 2 dozen spaces still available)!

DAYS OF THE DEAD has the lowest rates of any comparable convention in the region and also offers discounts for independent artists, film makers, and charities (while supplies last).

DAYS OF THE DEAD

Tags Days of The Dead 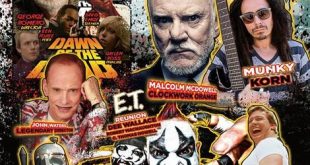 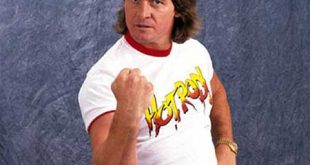 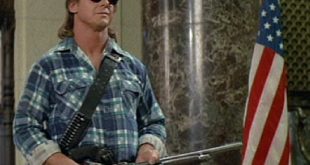 An Evening with Roddy Piper 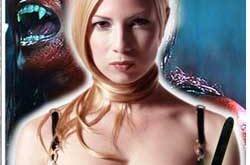