I recently had the opportunity to talk to fiction author Alex Irvine who was very gracious and patient with me as I picked his brain about some of his recent work including his second Supernatural tie- in, Supernatural: John Winchester’s Journal. You could say Alex has now literally written the book on John’s mysterious journal. 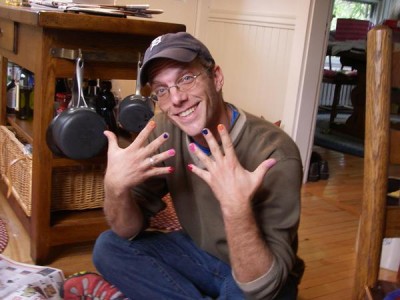 Alex and I talked about everything from Native American folklore to the future of comics in film and everything in between. I even tried my best to squeeze some gossip out of him from his time behind the scenes with the production team of the show, was I successful? Read on.

Alex is also the author of several Novels including the wonderful books, A Scattering of Jades and The Narrows as well as The Vertigo Encyclopedia, The Batman Begins/TDK tie-in novel Batman: Inferno, and Marvel’s The Ultimates: Against All Enemies.

He is definitely a guy who gets around and a Writer who should be on all of your radar’s. 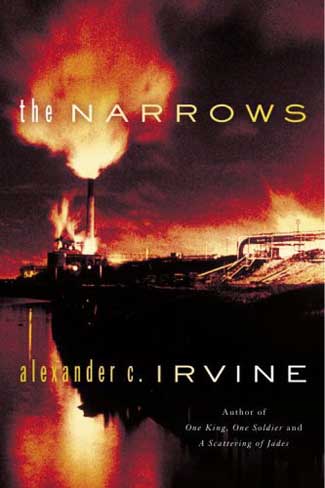 Alex thanks for taking the time to answer some questions with us.

AI: Happy to. Thanks for your interest.

You’ve already worked within the world of Cw’s Supernatural with The Supernatural Book of Monsters, Demons, Spirits, and Ghouls but you’re latest work is supposed to offer fans a unique glimpse into the Winchester family’s past and even into the infamous Winchester Journal, what can you tell us about it and how you became involved?

AI: The idea of writing John’s journal came up back when I was writing the monster book, and it developed from there. When it came time to start writing, I talked to Eric a couple of times to get a sense of what he thought should be in the book, and we also talked about how we thought John should come across. Apart from one or two expressly forbidden topics, he basically turned me loose once it seemed like we were simpatico on John’s character and the kind of things he’d be interested in.

I’ve read you went to pretty deep into research on myths and folklore for the new book. Particularly American and presumably Native American lore, what did you find?

AI: Oh, man, what didn’t I find? American folklore, both Native and otherwise, is amazingly deep and various. One of the things that was fun about the research was noting places where Native Americans and European traditions covered some of the same ground, and places where American folklore takes a European source and gives it a new spin. America is a mythological melting pot, the place where a hundred different traditions collide and swirl around and then something entirely new comes out on the other side. So you’ve got were-crocodiles in the Louisiana bayou, and lumberjack folktales that are part existing myth and part classic frontier tall tale, and you’ve got tricksters from Africa masquerading as Br’er Rabbit.

Is there a favorite myth or piece of folklore that intrigued you in your research?

AI: There’s a subgenre of American folklore having to do with Indian curses. Everyone knows about Amityville, but they’re everywhere: Illinois, West Virginia, Wisconsin. The first capital of Illinois, a town called Kaskaskia, was apparently cursed by a dying Indian who was set out to drown in the Mississippi River. The river promptly changed course and destroyed the town over the next decades. Now practically no one lives there. Point Pleasant, West Virginia, was cursed by a local chief named Cornstalk. Since then, within 100 miles of Point Pleasant, there have been a suspicious number of disasters: floods, coal-mine collapses, fires, large-scale industrial accidents, bridges falling down. It was fascinating to me how the Indian curse becomes a way of finding meaning in these random weird incidents by way of making them out to be a kind of karma for what European settlers did to the Indians.

What about Supernatural did you find exciting enough to return to that world and go through so much effort?

AI: The device of John’s journal is a fascinating thing. As used in the show, it’s a cheat sheet for the brothers’ investigations into various kinds of bad guys they meet, and occasionally it spurs some soul-searching on their parts. What interested me about it was the chance to go in and see what it must have been like for John to wrestle with the problem of being a good father while at the same time ferreting out what happened to Mary. That’s a juicy premise, and when you throw in the fun of esoteric research far and wide, it’s irresistible.

So much of the show is about myth and folklore, even aside from the monsters but almost the folklore of America, or maybe American youth at least, with the music and the whole mid-west vibe, show creator Eric Kripke even said he wanted to make a show about a road trip. What are your thoughts about Supernatural as Americana?

AI: Eric and I are about the same age, and we grew up fifty miles apart, so I recognize the America I see in Supernatural a lot more than the America presented in, say, Sex and the City. I’m completely on board with the idea that the show is pure Americana. If you think about it, the Pilgrims showed up thinking they were going to found a New Jerusalem as soon as they could rid the wilderness of its Satanic elements (among which they counted the Indians). So the idea of the American landscape as the backdrop for a titanic battle between good and evil has been there from the very beginning. Then you add in tall tales, fast cars, and rock ‘n roll—what could be more Americana than that? 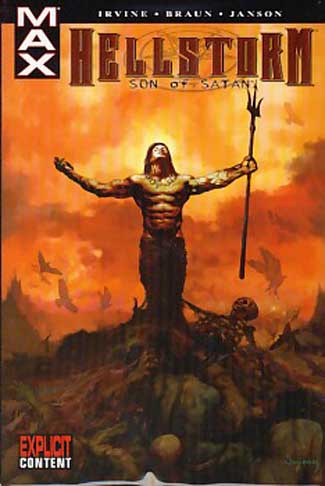 You’ve written in practically every medium, comics, novels, novels about comics, what about screenwriting? Do you have any interest in writing an episode for Supernatural one day in the future?

AI: Sure, I’d love to write an episode of the show. I even know what it would be about. And screenwriting interests me too. I haven’t taken it any farther than a couple of short scripts, but it’s definitely part of the plan. I’m adapting a couple of my own pieces—stories and novels—into screenplays, and finding it tricky. I think as an exercise, I’m going to pick a story I didn’t write and do an adaptation of it. Also I’m writing a couple of original screenplays, as well as more novels, stories…you name it, I like to write it.

Also, since you have worked in so many mediums, where does your creative heart lie?

AI: This is a tough question. I like every kind of work I’ve done, and would hate to have to give any of it up. There’s a solitary intensity about writing fiction that would be hard to let go, and then the collaborative aspects of writing comics and seeing the script become page would also be tough to lose. My creative heart, I guess, lies in telling stories. Every way there is to do that, I want to try it.

More and more the film world is drawing from comics and graphic novels, illustrated wondrously by the success of The Dark Knight and its blending of several Batman Graphic novels, what do you think about the prospects of Hollywood reaching into the prose comic world for stories?

AI: If Hollywood wants to use prose comics novels, they certainly can; the comic book companies hold the rights to those stories. There were actually times while I was watching The Dark Knight when I wondered if maybe someone involved in that film hadn’t read Batman: Inferno. This is not meant as an accusation of any kind, and in fact if it’s true I’m glad the book made an impression. If it’s not, and I’m just indulging in a writerly flight of ego, that’s okay too.

Your novels seem like they would be great to see transformed from page to screen; you create these vivid worlds that blend fantasy and reality and even history. If any of your novels were adapted would you have to be involved or would you rather let someone else play in your world?

AI: Yeah, like I said just now, I find it tough to adapt my own fiction, and I do it primarily as an experiment. I’d like to be involved in eventual screen versions of my stuff, but we’ll have to see how that plays out. I can envision possibilities in which it would be better for me to stay out of the way; like if Terry Gilliam calls me up and wants to do a movie of The Narrows, I won’t pester him about the details, you know? I’ve had nibbles here and there, but nothing has ever materialized. I think the next book, Buyout, might change that. 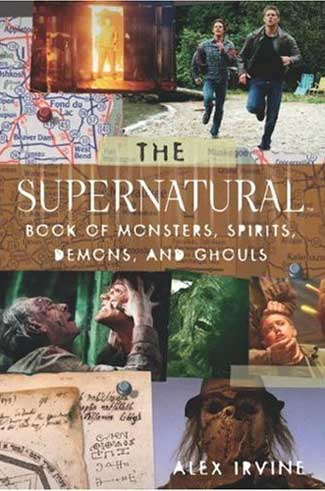 Back to Supernatural and the new book, I heard that the production guys let you into their private world. Is there anything you can share with us about what to expect from the show in coming months, any juicy teases?

AI: I’m afraid you’re going to have to get your juicy teases somewhere else. I will say that when you read John’s journal, it’s going to cast an interesting light on some of the recent developments in the show.

Aside from picking up your book and following your blog, where can fans see you in the coming months? Are you going to be doing rounds on the Convention circuit doing signings?

AI: I’ll be at the New York Comic-Con, and probably San Diego, too. This year I’m going to try to hit some SF conventions, which I haven’t been doing for a few years. Worldcon’s in Montreal, which is a great place. World Fantasy in San Jose. Others as timing permits. I’ll be around.

Since this is Horrornews.net, I have to ask, what is your favorite Horror Movie?

AI: Alien. I love a slow build of creeping dread, and horror stories that build investment in their characters. You can always scare the bejeezus out of someone with the right jump cut; the real trick to a great horror movie is dread, and you can’t feel dread unless the characters are worth feeling dread for. I think the gross-out works best in conjunction with humor, a la Creepshow or the Scream movies.

AI: Probably Salem’s Lot. It’s got great scares but it doesn’t need them to be a great story. The best thing about that book is the way the vampires exist as a supernatural gloss on all of the ways that the human characters prey on each other. Really well done. 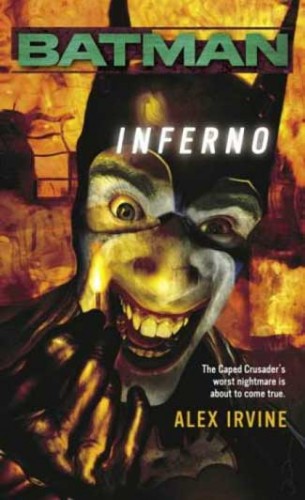 Finally, What advice do you have for young fiction writers in all mediums?

AI: Read a wide variety of books. Too many writers read only the kind of thing they want to write, which is really limiting. A horror writer (since this is Horrornews.net) can learn as much from Shakespeare as from Poe. I see way too many students in my creative writing classes who don’t read at all. Writing is a conversation that’s been going on for thousands of years, and just like you wouldn’t barge into a conversation at a party with no idea what people were talking about, you shouldn’t think that you can write the Great Horror Novel without knowing what horror novelists, and novelists in general, have been up to for these past few millennia.

Alex thanks a lot for taking the time to answer my questions and being so patient, we look forward to talking to you again sometime.

There you have it. Some pretty interesting responses. A big thanks to Alex for taking the time to talk with me. In case you’re interested in checking out some of Alex’s work, and you should be, check them out below. I don’t know about you but I’m eager to read his Batman Begins/TDK tie- in, Batma:Inferno.

Until next time,
–Miles