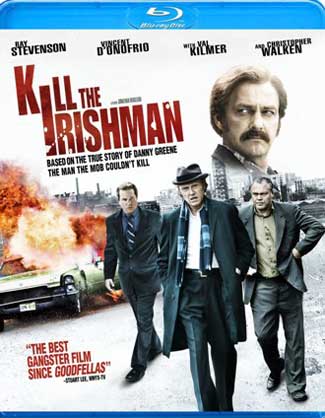 BEVERLY HILLS, CA – Ray Stevenson (The Book of Eli, Rome), Val Kilmer (Kiss Kiss Bang Bang), and Christopher Walken (Catch Me If You Can) star in Kill The Irishman – an action-packed story about the rise and fall of real-life Irish-American mobster Danny Greene – available on Blu-ray™ and DVD on June 14th from Anchor Bay Films. Written and directed by Jonathan Hensleigh (The Punisher), and inspired by Rick Porello’s true crime account “To Kill The Irishman: The War That Crippled The Mafia,” Kill The Irishman also stars Vincent D’Onofrio (TV’s “Law & Order: Criminal Intent”), Linda Cardellini (Brokeback Mountain) and Paul Sorvino (Goodfellas). SRP is $34.99 for the Blu-ray™ edition and $29.98 for the DVD.

Over the summer of 1976, 36 bombs detonate in the heart of Cleveland while a turf war raged between Irish mobster Danny Greene (Ray Stevenson) and the Italian mafia. Kill The Irishman chronicles Greene’s heroic rise from a tough Cleveland neighborhood to become an enforcer in the local mob. Turning the tables on loan shark Shondor Birns (Christopher Walken) and allying himself with gangster John Nardi (Vincent D’Onofrio), Greene stops taking orders from the Mafia and pursues his own power. Surviving countless assassination attempts from the mob and killing off anyone who went after him in retaliation, Danny Greene’s infamous invincibility and notorious fearlessness eventually led to the collapse of mafia syndicates across the U.S. and also earned him the status of the man the mob couldn’t kill.

The Kill The Irishman Blu-ray™ and DVD bonus features include the hour-long documentary, “Danny Greene: The Rise And Fall Of The Irishman,” featuring never-before-seen crime scene footage; interviews with the FBI agents and mobsters who worked with Danny Greene; as well as interviews with his family and friends.

Subtitles: English SDH, Spanish
Bonus Features: The Kill The Irishman DVD includes the hour-long documentary “Danny Greene: The Rise And Fall Of The Irishman” and the theatrical trailer. 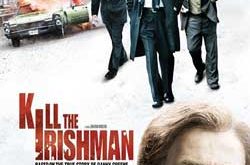