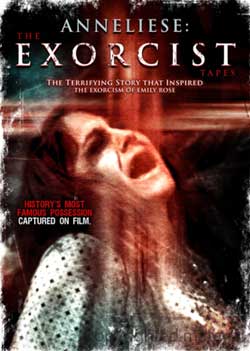 In 1976 a young woman in Bavaria by the name of Anneliese Michel died of starvation and dehydration after an alleged failed exorcism attempt.

Anneliese Michel was indeed a real person who indeed went through an alleged failed exorcism and did indeed die of dehydration and starvation in July of 1976. If the internet is to be believed, people make a pilgrimage to her grave to this day, for, as the end of the movie claims, it is a “memorial to man’s eternal struggle against evil”. Anneliese The Exorcist Tapes is a recreation of those events presented in the compilation of footage taken during the medical study documenting the final seventeen days of her life. This isn’t the first telling of her tale through cinema, though considerable license has been taken to tell it. Requiem (2006), directed by Hans-Christian Schmid and starring Sandra Huller (who received the Silver Bear Best Actress Award at the 56th Berlin International Film Festival for her performance in the film), is about a young girl with epilepsy, thought by some members of her community to be possessed. But the far more recognized film (and one of my all time favorites…I just love Jennifer Carpenter…and Laura Linney for that matter) is The Exorcism of Emily Rose (2005).

The distributors of the film, The Asylum, who brought us the largely disappointing Battle Los Angeles (2011), are severely sticking to their guns as to this film being genuine. There are no credits listing anyone responsible for actually making the film. All we get is who “compiled” the footage, and who “edited” the footage. Kudos to them, I suppose, for really committing to their case. But I’m not buying it (literally or figuratively) and I’m a little disappointed that they didn’t tell me who the actress was that played Anneliese as she was the best part of the movie. 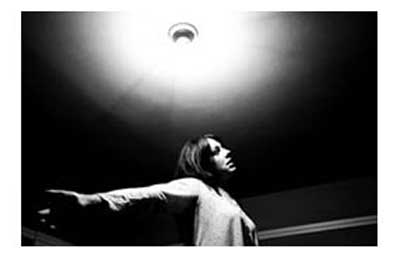 Unfortunately, that’s not saying much. I was so hoping that this movie was going to be the movie I was expecting The Last Exorcism to be. I bought that movie sight unseen expecting to be really creeped out, watched it, wasn’t creeped out in the slightest and sold it the next day. Annaliese The Exorcist Tapes failed me as well. The script was uncomfortable to listen to, an improvised mess that largely resulted in repetitive squabbling among the three factions in the household: the scientists/doctors, the priests, and the family torn between the previous two. The guy who played the camera man had a grasp of mid-Seventies vernacular that consisted solely on the phrases, “freaky sh*t” and “Fu%*in’ trippy”. The acting wasn’t even close to convincing, especially for a film trying to cash in on the “documentary” style; people just don’t talk that way in real life. Even the woman that played Annaliese, who for all her writhing and trilingual cursing, was still a little over the top. That being said, as I mentioned earlier, she was the best part of the movie. It can’t be easy bouncing back and forth through multiple languages, and while she wasn’t quite a contortionist she was kind of bendy…that was hot. Wish I knew who she was.

They did use the “real” audio tapes from 1976. These are the same audio recordings you can find on YouTube right now (along with a compelling thread of comments between Atheists and Christians, neither of which seem to understand the benefits of punctuation) and if these recordings are genuine, they are certainly disturbing.

The bottom line is that there have been three movies on this subject that you need to see: The Exorcist (1973), The Exorcist III (1990), and The Exorcism of Emily Rose (2005). Annaliese The Exorcist Tapes in its entirety isn’t as good as what ended up on the cutting room floor of those films.