Home | Abdullah the Butcher: Hall of Fame or Hall of Horror

Abdullah the Butcher: Hall of Fame or Hall of Horror 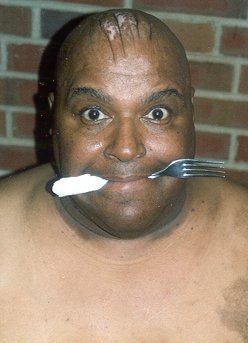 It was officially announced that Abdullah the Butcher is being inducted into the WWE Hall of Fame, Class of 2011. Abdullah the Butcher has been terrorizing the professional wrestling industry for decades. He is a walking horror movie if I ever saw one. Abdullah or “Abby” for short was born on January 11, 1941 as Lawrence Robert “Larry” Shreve and started his wrestling career in the late 1950’s. He was also known as The Madman from the Sudan inside the squared circle and was infamous for using foreign objects to carve up his opponents. The kitchen fork was perhaps his favorite utensil for carnage. His legendary career can be summed up in one word, “Bloodbath”. Abby has drawn more blood than most vampires, and that’s an understatement. His most memorable feuds have been with Bruiser Brody, Carlos Colon, and The Original Sheik. His path of destruction is worldwide as he’s wrestled in promotions throughout the United States, Japan, and Puerto Rice.

“Working with Abdullah was one of the rare moments in my wrestling career that I actually feared for my life. That speaks to how well he has crafted his work, the time and effort he has put into the wrestling business, and the outstanding contributions he has made to the sport. Just to have my name linked to Abdullah, even in a very small way, is a true honor.” – Madonna Wayne Gacy ( pro wrestling manager ) 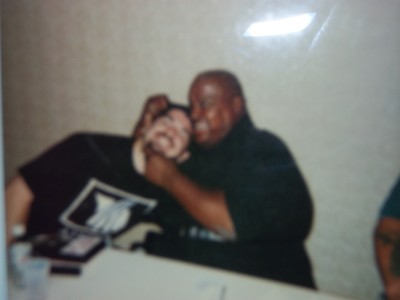