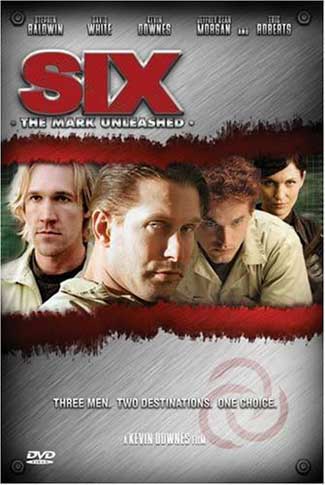 Armaggedon awaits when a brutal dictator finds that his only true ally is deceit in this Christian-themed drama set during the “seven years of peace” prophesized by the Bible. Three political prisoners (led by Stephen Baldwin) must avoid the executioner’s blade either by choosing the “mark” or by risking a deadly escape in order to give humanity a fighting chance to survive. Also stars David White, Kevin Downes and Jeffrey Dean Morgan.

The premise was enough to gain my interest, though on closer examination this was another off shoot Christian – horror/sci fi film with heavy emphasis on the “message”. Not that there in anything wrong with that, however it’s good to know going in. With players such as Eric Roberts, Stephen Baldwin and now well known “Supernatural TV series actor Jeffrey Dean Morgan it rounds up a pretty decent collective, though I will tell you up front Eric Roberts has about 5-7 minutes of intro screen time before getting killed. Disappointing as he was obviously brought in on day shoot only to add another “name” to the cast.

Now the thing to note is that this film was finished in 2004, and 5 years later is finally getting release (note: re-release packaging dates it as 2009 now for a second round). Maybe it was the fact of Christian genre films not really finding a niche back then or maybe it was just a matter of distributors not knowing what to do with it. It looks like it may have gotten a small release then but has be re-issued to try and gain folks as a new release.

Regardless, I really wouldn’t call this a horror film in any level unless that horror has to do with future big brother operations controlling everything. The film falls pretty solid into near future type scifi with a pretty thick religious tone. In other words, yes it’s a Christian film thick and thru.

The time is the future when everyone is required to bear a stamp or implant of some sort that syncs you in with the collective community (aka – the number of the beast) The future is all about control over relationships, crime, emotions and even pro-creation. Brainwashing is evident with glory being professed to a single entity they call “the leader”. Marriage is thing of the past as people are encouraged to entertain multiple partners without the burden of pregnancy. Child birth as they proclaim is only allowed as the sanctioned by the leader. In short the world is full of populations who live in simple bliss and are kept in an almost euphoric states for the good of the “community” or collected whole. They speak of the days when the population was “purged” and that the new race can live well into 200 years of productivity. Those who threaten or refuse must be destroyed. Freedom is stripped for the whole of the community.

Those who haven’t converted are called smugglers, bootleggers and the rebellion. These folks are either too proud to give up freedom or are Christians living only for Gods plan in the after life. This notion is hinted at then turned on full force as the film progresses. Those kept in captivity find Jesus and accept there execution willingly which is carried out per beheading (a phrase from the Bible alludes to this reality)

Tom Newman (Jeffrey Dean Morgan) a former cop, is hard pressed to keep his freedom in this mindless new society. When he is captured by his conformed ex wife Jeseca Numan, he is given a chance to keep himself from getting ” the mark” by posing as a christian in search of religious leader Elijah Cone. But not before undergoing a ruthless experiment in torture which sends signals to his brain convincing him of torturous atrocities. Finally giving in he is sent to a concentration prison with orders to befriend an insider and escape in search of the holy man Elijah Cone. The mission is to execute this influential Christian leader who is spreading his message about Jesus to the unconfirmed masses. While inside he is bunked with Luke (Stephen Baldwin) a Christian and prophet who tries to convert Tom into seeing the “truth”. The mission goes into effect and Tom escapes with 2 inmates while under the careful eye of the community enforcements From here it becomes a spiritual journey with some action scenes thrown in for good measure. The journey itself carries a message even though Christians seem to be getting shot in the head alot.

I’m gonna have to say this kept me interested in the first act, but put me to sleep in the 2nd and 3rd act. It had all the right ideas but got too weighed down in “Jesus” speak which put a damper on its momentum. To bring the film into summary its a scifi experience that is about being “saved” and finding all the answers in Jesus Christ. In fact even at the threat of death, a glorious after life in his kingdom is promised that will exceed any negative experiences in life. Quite alot for viewers to grasp hold of especially is they are not Christians. I don’t find harm in these films though the audience is automatically reduced to selective than the genre as a whole. The film was directed by Kevin Downes and has alot of heart and soul to it. This is one for newer age Christians than maybe for Sunday church night. 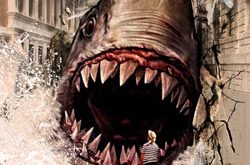 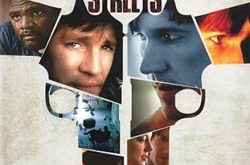