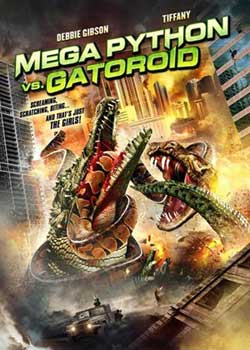 There’s a crisis in the Florida Everglades as giant pythons are threatening the alligator population.

QUICK FIX:
Pythons are pissing off the locals in the Flo-rida Everglades by growing bigger and angrier and eating everything from the gator population to dogs to the locals themselves. The Park Rangers, led by the scrumptious Tiffany, and the locals, decide to solve that problem by going on a massive hunt that can only end in one ginormous snake fry at the end of the day, shortly followed by Miller Time. But the local chapter of animal rights activists, led by the hotter than doughnut grease Deborah Gibson, are all “No way! The snakes have the right to live too”, and all that stuff. They go on their hunt anyway, but of course it ends in total disaster for almost everyone involved.

So when one pissed off Ranger with revenge on her mind decides to give their only hope against the snakes – the gators – massive doses of highly illegal prototype steroids to give them a fighting chance against the snakes, what do you think happens? The sh*t hits the fan in true SyFy Channel madness as the snakes eat the now steroid-infested gators, causing them to grow to outrageous size; while the gators that live through the snake attack also grow big enough to make that p*ssy croc in LAKE PLACID look like a child’s rubber toy.

When the madness peaks and a fundraiser featuring music by the one and only Mickey Dolenz himself becomes one huge Golden Corral buffet, and after a catfight of epic proportions between our two gorgeous former 80’s teen pop sensations, they have no choice but to join forces and bring the pain for our oversized army of giant carnivores before they eat their way across the country. Well, sh*t fire and pass the nachos and tequila…sign me up!!!!

RAMBLINGS:
“I think we’re alone now. There doesn’t seem to be anyone else around…” – Ranger Terry O’Hara

80s teen pop music fans’ powers…activate!!! SyFy Channel, with your hip, trendy, Starbuck’s/turtleneck sweater wearing crowd spelling of your name, I love you more than ever now. Sure, last year we had some new classics that I raved and raved and babbled on and on and on about, like MEGA PIRANHA, MEGA SHARK vs CROCOSAURUS, and SHARKTOPUS, that totally made the year worth being a movie geek and a fan of schlocky horror. But so far in 2011, you’ve kinda sucked hot frosted goat balls before and after this one. But leave it to the whacky geniuses at The Asylum and kickass horror director Mary Lambert to save the day – as far as I’m concerned, thanks to this flick, I totally forgive you for AREA 51 last weekend and everything else so far in this New Year. I know, it’s taken me longer than I would have liked to actually write this review since the premiere on January 15th, but much like a married man getting sex once a year on his birthday, I say better late than never and it’s well worth the wait. Well, maybe not in the case of the annual sex after all, but anyway…why, you may or may not ask? Simple – I must tell the world (or the world that missed the premiere anyway) about this huge, juicy, cheesy, seven-layer burrito of schlocky goodness!!!

As the beautiful and driven blonde activist, the lovely Deborah Gibson was nothing short of Deb-tacular!!! ™

As the gorgeous, one-liner-quipping and sassy Park Ranger, the unbelievably stunning redhead Tiffany was, of course, nothing short of Tiff-tastic!!! ™

I must also point out before I wind this down, that Ms. Gibson also provided the theme music to this flick with the dance-ready, I DREAM OF JEANNIE theme-esque song, Snake Charmer, for which when you’re done reading my glowing review, you can listen to here:

LAST WORDS:
The only real crime committed here is that as I scoured the world wide intraweb looking for a DVD release date for it, I couldn’t find one…what the hell??? This had better be remedied, and fast!! I know we’ll keep you posted soon as we learn anything – promise! You know by now that when I dive into a review for a SyFy original premiere, I’m either going to love it or hate it – no middle ground. Well, no middle ground here, either. Fans and lovers of over the top cheese and schlock like myself will dive into this flick faster than me to a bottle of Glenlivet when I hear the words, “Open bar”. I hereby now declare that in the history of SyFy Saturdays, MEGA PYTHON vs GATOROID is my new favorite and BEST SYFY FLICK EVER…so far, anyway…till the sequel, or maybe MEGA PIRANHA vs SHARKTOPUS, right? So great is my love for this flick that I even went the extra mile and created a new word to commemorate the occasion, so here we go – MEGA PYTHON vs GATOROID is…SCHLOCKTASTIC!!! ™ 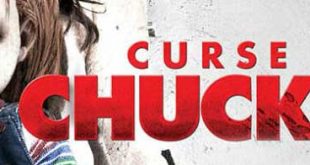 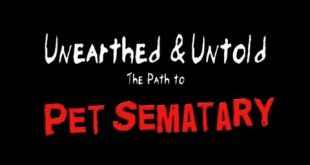 Go Behind The Scenes Of PET SEMATARY In A New Documentary