Home | Rob Zombie talks LORDS OF SALEM and THE BLOB

Rob Zombie talks LORDS OF SALEM and THE BLOB 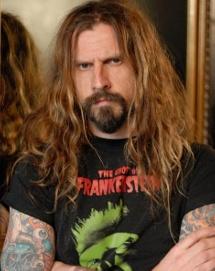 Rob Zombie has taken a break from directing and I think it’s working out well for all involved. That whole Halloween II fiasco was as tough on fans as it was on him and judging from this interview that just got posted over at Empire Online he seems to understand that original is much, much better than remake. Here’s what he said about that rumored remake of THE BLOB.

“I didn’t want to do another remake. You just can’t win. If it’s too similar to the original, everybody wonders what the point was, but if it’s too different, everybody complains that it’s… too different! I found especially with Halloween II that everyone talked about what it wasn’t and not what it was: ‘you can’t do that with Michael Myers; you can’t do that with Loomis…’ It’s like people have a set of rules in their minds about how these things should function, and you can’t work like that.”

So, what about his actual next project LORDS OF SALEM?

“Lords of Salem is probably the bleakest of all my films… It’s only gonna get worse!”

“There were twenty people that everyone knows about – obviously all innocent – executed as witches in Salem. The basic premise of the film is that there were a further four who actually were witches, who were killed secretly, and vowed one day to return to wreak havoc on Salem’s descendants. That’s when the movie jumps ahead to the present day and things start to go wrong…”

Sounding pretty good don’t ya think? Things are supposed to fire up this spring on SALEM and we’ll bring you all the updates.