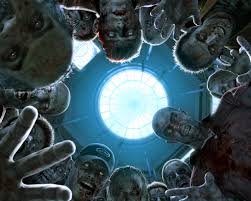 Are you ready for the zombie apocalypse? If not, you SHOULD be by now. In Part 2 of A Dummies Guide to Zombies, I bring you the best in pop culture, more specifically, Video Games! Let’s get started shall we: 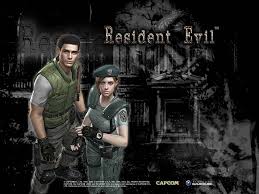 Synopsis: Developed by Capcom the series starts out following Jill Valentine and her S.T.A.R.S (Raccoon City Police Department’s Special Tactics And Rescue Service) comrades. They are sent to investigate strange murders that have been occurring on the outskirts of Raccoon City.  This leads them to an abandoned mansion. This turns out to be where the horror begins. Players take control of either Jill or Chris Redfield as they navigate through puzzles, traps and various deformed enemies. We learn of the T-virus and how Umbrella, known as a pharmaceutical company, has been experimenting with this virus. The zombies and other creatures are the result of it. 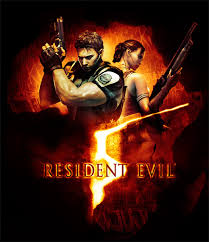 Resident Evil has spawned many sequels and several spin-off titles. The latest installment, Resident Evil 5, follows Chris Redfield and Sheva Alomar as they aim to stop a terrorist from selling a Bio-Organic Weapon (B.O.W) on the black market. Upon arriving in Africa they discover the locales to be infected with the parasite, Manjini (meaning evil spirit in Swahili). Resident Evil is considered to be one of the best selling video game franchises to this day, with another game mentioned for the future. 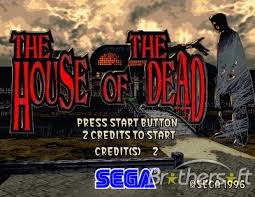 Synopsis: House of the Dead is a first-person light rail shooter for the arcade. Players take control of Agent Thomas Rogan or G as they are sent on an assignment on December 18, 1998 to investigate a panicked phone call from Rogan’s fiancée, Sophie Richards. The agents are also investigating a series of disappearances linked to the Curien mansion. Dr. Curien is a scientist who specializes in biochemisty and genetics. Obsessed with life and death he started experiments that wound up droving him insane. 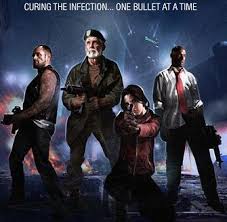 Synopsis: Set after a pandemic of epic proportions, Left 4 Dead follows four survivors as they battle hordes of the undead and infected. There are four different game modes and within all of them an artificial intelligence (AI) known as the “Director” controls level pacing and item placement. This in turn creates a dynamic experience and increases replay value. You never know when a horde will come after you! 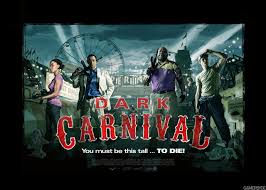 Left 4 Dead 2 follows the same set of circumstances but with different characters. Players are immersed within the zombie apocalypse again. This time the graphics are much more polished, there’s an introduction of new game modes and mutations. The infected are also a bit different, with the “common” infected there is also an uncommon infected that shows up in each level. For both games there is downloadable content and Add-on campaigns. 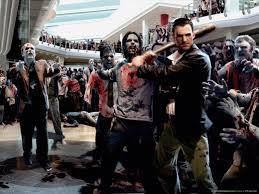 Synopsis: Another zombie game developed by Capcom, Dead Rising follows Frank West, a photojournalist, as he becomes trapped in a mall that is infected with zombies. Frank must defend himself while rescuing survivors and uncover the truth behind the incident. The player controls Frank and can use any item available in the mall to protect himself against the zombies. The game has several endings depending upon the decisions players make along the way.

The game is set over 3 days, which in real time is actually 6 hrs. In addition to this primary objective, the player is free to choose whether or not to pursue any of the game’s secondary objectives such as rescuing survivors or defeating Psychopaths. Psychopaths are normal humans who have gone crazy as a result of the stress of the apocalypse. The structure of the mall is like a stereotypical American mall with multiple floors and several themed sections. During the day zombies seem sluggish and are weak but they become extremely active at night receiving a boost to their strength and increasing in numbers. 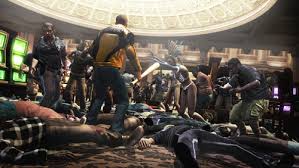 In Dead Rising 2 players control Chuck Greene as he fights off zombies while accomplishing specific missions. The story takes place five years after the events of Dead Rising former motocross champion Chuck Greene takes part in Terror Is Reality, a controversial reality game show where contestants kill zombies for money, sport, and fame. Chuck is hoping to win the prize money to pay for his daughter Katey’s Zombrex, a zombification-suppressing medication. Katey was bitten by her zombified mother in a previous outbreak in Las Vegas, Nevada and only Zombrex prevents her from becoming undead herself. After Chuck wins the competition, he heads backstage to find his daughter, but is trapped in an elevator after a mysterious explosion. Upon exiting the elevator, he finds the city overrun by undead. After rescuing Katey from the green room, Chuck makes his way through the zombie horde to an emergency shelter.

There are several new objects included that can destroy hordes of zombies and up to 7,000 zombies can be seen on screen. Dead Rising 2 also allows players to manufacture their own weapons by combining specific pieces to each other. Again the choices players make will effect the ending they receive and there are several downloadable episodes to play. 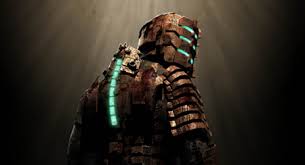 Synopsis: The player takes control of engineer Issac Clarke sent to repair the ﻿﻿the USG Ishimura. As his team explores what seems to be an abandoned ship they are attacked by grotesque monsters who kill off everyone except for Issac. He then becomes separate from two other survivors that wind up helping him restore the ships failing systems. 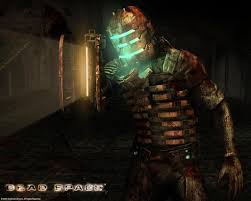 Players must fight their way through the mining starship infected with hostile monstrosities called necromorphs. These necromorphs are reanimated human corpses. The game is played from an ‘over the shoulder’  third-person perspective. Dead Space also does not feature a traditional heads-up display. Instead all information is relayed to the player via holographic projections and the features on the suit and the weapons themselves. Combat involves strategically dismembering Necromorphs to defeat them. The player must cut off limbs or sections of the monsters to defeat them.

Recently Dead Space 2 was realesed for the xbox 360, Playstation 3 and PC. Unlike the first Dead Space a multiplayer mode is included. Once again the player steps into Issac Clarke’s shoes. After the intial Dead Space, Issac no longer has any memory of what happened over the last three years as he finds himself in similar situations. 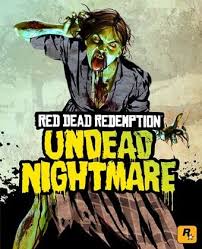 Synopsis: Suddenly a plague overtakes the once bountiful frontier, decimating the landscape and reawakening the dead. Players take control of Red Dead Redemption’s protagonist, John Marston as he rides out of the vast and terrifying world in search of a cure for his wife and his son. Along the way he encounters deadly enemies, and helps ensure survival for others.

Undead Nightmare is a downloadable content pack for Red Dead Redemption. Like it’s predecessor, it features and open world and random encounters in the wild are now random encounters with zombies. Several new weapons, strategies, goals and enemies are introduced. Along with these new additions to the single player experience, Undead Nightmare features new mutilplayer features.

Synopsis: A tower-defense game, Plants Vs. Zombies has players defend a home using many varieties of plants to repel a zombie invasion. Players can select different plants and fungi with their own offensive or defensive capabilities and place them around a home. These plants will keep the zombies at bay from devouring the brains of the homeowners.

Since it’s initial release Plants Vs. Zombies has had a cult following, being hailed as a unique game that is pretty addicting. Since it’s release it has also been ported to most home consoles, initially being for the PC only.

Several other Zombie infested video games and Downloadable are currently in development or will be released soon, including: Dead Island, Resident Evil Mercenaries, Resident Evil Operation Raccoon City, and Call of Duty and their various Nazi Zombie missions.  Part 3 will explore Zombies in literature and comics. Have I forgotten to mention any of your favorites? Please sound off in the comments section. Don’t miss Part 3 of A Dummies Guide to Zombies, it will be delicious for your gooey brain.