I was able to get some time with Emil Novak of Buffalo Nickel Productions to talk to him about his movie, “Decayed” that is currently in production Thanks for taking some time out to talk to me about your movies..

What interests you in wanting to film a horror movie?
.
My interests in horror movies is simply to stir the imagination with thought provoking story and moody visuals. I would rather scare people before using buckets of blood for effect only. 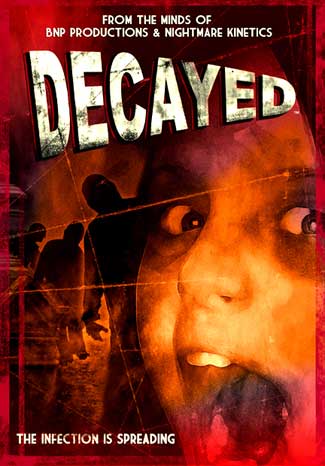 What can you tell me about the story of “Decayed?”

“Decayed” is a thought-provoking horror-drama set in the immediate future. In which several groups of people discover over the course of 48 hours how far they will go, and the things they will do, to survive and protect themselves from a deadly virus spreading across their region. There are Four related short stories unravel in an identical time period. Focusing on people in the Western New York region as they each take different means to battle a deadly food virus wrecking havoc all around them. Tying the20stories together is a pirate radio station trying desperately to broadcast the truth to whoever can listen, while the government continues its own agenda to swiftly deal with the problems as quickly-and quietly as they can. “Decayed” explores how people react when a viral disease runs rampant through their city. Survival is man’s most basic instinct – but when faced with truly having to survive, one may find themselves faced with choices –including acts of extreme behavior – they never would have considered themselves capable of the day before. “Decayed” illustrates the adage that man’s only true equal threat is man.

What drew you to want to tell the story of “Decayed”?

“Decayed” came about after observing how our food supply in America is so overly infused with additives and man made chemicals. So, what a great premise for creating the Zuvembie monsters in “Decayed!”

What else have you been involved with?

“Decayed” is my 9th feature that I have either produced or have been involved with since 2003. Basically two movies per year. My range covers Documentary to Romance Dramas. Though horror in all its trappings is my first love. Many projects are currently in stages of pre-production. ‘Nocturne’ is one movie title and ‘Children Of The Dark’ is another. ‘Children’ is a sequel of sorts to the movie associates and myself made in 2007, which was titled ‘Something Dark’.

Any last thoughts on “Decayed”?

A combination of science fiction,20horror, political drama, and human conflict, “Decayed” is an extremely relevant portrayal of what may lie ahead in our own futures. 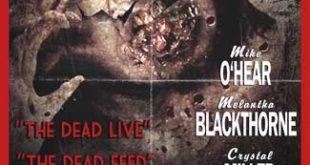 From the NightShift: ‘Decayed’ with Director Emil Novak