‘FRANKENWEENIE’ Rises from the Grave, Again?

Walt Disney Studios released the official synopsis and production notes for their latest animated film, FRANKENWEENIE. The feature length movie is an adaptation of the classic 1984 short film by Tim Burton who is the mastermind behind THE NIGHTMARE BEFORE CHRISTMAS and THE CORPSE BRIDE. Burton will also direct the 3D stop motion animated film that includes over 200 puppets and will be filmed in black and white and then rendered in 3D.

FRANKENWEENIE features the voice talents of Winona Ryder, Martin Short, and Martin Landau. The film is slated to rise from the dead in theaters on October 5, 2012.

Synopsis:
“After unexpectedly losing his beloved dog Sparky, young Victor harnesses the power of science to bring his best friend back to life—with just a few minor adjustments. He tries to hide his home-sewn creation, but when Sparky gets out, Victor’s fellow students, teachers and the entire town all learn that getting a new “leash on life” can be monstrous.” 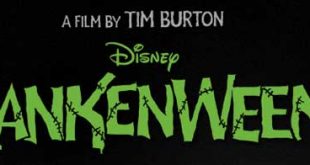