For the past decade, Jason Beam has been working in the digital art medium, creating intricate illustrations through computer generated means. Combining photography, found objects and hand-drawn elements, his frenetic detail and unique style has established him as a prevailing artist in the digital medium. Jason Beam¹s combination of surrealism and photography creates art that cannot be created in the darkroom or with software alone. The end result is a dreamlike environment that is strangely and captivatingly unique. 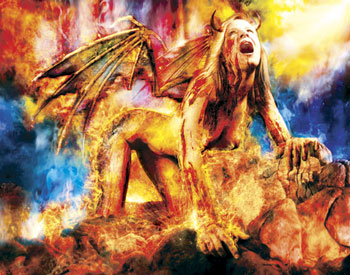 His work has found it’s way into American galleries such as C-Pop in Detroit and Los Angeles (2009) and in New York (2009) in conjunction with Les Barany’s Carnivora Exhibit, Echo in Chicago, IL, Galerie Luna in Salem, MA, Dark Secrets in Philadelphia, PA and The Dirty Show Erotic Art Exhibit in Detroit. His work also graces the permanent collection in the Centre Jean D’Arc in Orleans, France – a museum dedicated to Saint Joan of Arc. Jason Beam’s art has been highlighted in books, magazines, calendars, CDs and in feature film. His work is considered by some as dark, gothic or macabre, but regardless of definition, his art has made an impression amongst peers and audiences. His illustration and package design for clients and feature films have won a variety of awards for it’s unique look and shelf appeal. In 2008, Jason Beam opened Windy Pixel, a New York-based advertising agency that services entertainment industry clients. 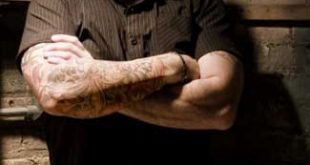