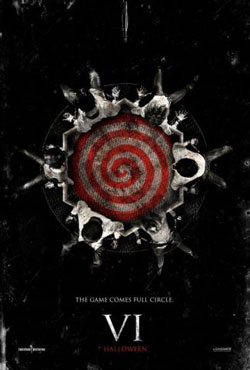 Saw VI is a 2009 horror film from Twisted Pictures and Lionsgate, which pretty much needs no introduction. If you’ve stayed with the series thus far, you’re probably going to see part six, and if you haven’t followed the movies this isn’t your ideal introduction. If you’re reading this review, I’m assuming you’ve seen one through five and you don’t care if I give you major plot spoilers from the series up until now. 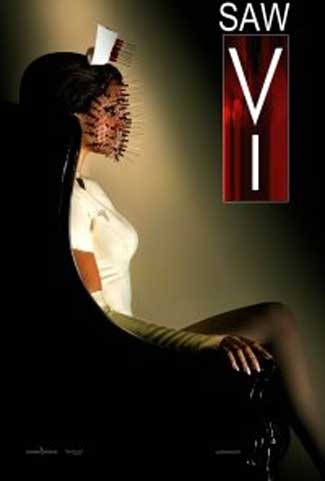 The film opens with its initial gore candy, two people, Simone (Tanedra Howard) and Eddie (Marty Moreau) in a mechanical trap fighting each other for their lives, this time requiring they chop off various their own body parts as punishment for their predatory money lending behavior. It kind of sheds a humanitarian light on Jacob Marley. Which ever opponent sacrifices the most weight in flesh tips a scale in their favor releasing them from their trap and painfully dispatching the other.
Pre-show out of the way, we’re again given two intertwining plot threads, the soap opera involving Jigsaws protégé and the slaughterhouse obstacle course health insurance executive William Easton (Peter Outerbridge) has to run at the expense of the majority of his staff.

You see, John “Jigsaw” Kramer had a chance to enter into experimental treatment for his cancer several years back, and William personally denied his claim, stressing beyond discussion that John’s only option was to accept his fate. Fortunately for Lionsgate, John holds his grudges post mortem.

Without divulging the fun out of the labyrinth, writers Patrick Melton and Marcus Dunstan continue to be creative executioners. We’re in the sixth outing, and you’d expect the franchise to have lapsed into a been-there-done-that feel by now. But the writers are cleverer than that. Saw VI is fresh and energetic. Peter Outerbridge’s performance is precisely what this movie needs, not the least of which is via flashbacks he is able to go eye to eye with megalomaniac Jigsaw. William is almost a villain in an ongoing story that has all but tossed out the hero/villain archetypes. William’s humanity also surfaces in all the correct moments. 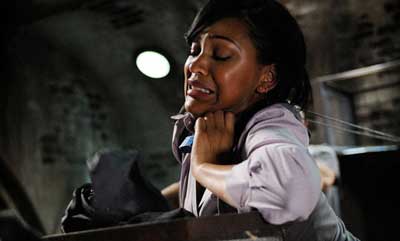 This of course was the problem with Saw V, we weren’t given back story sequences to engage with the characters in the rat maze. We just sort of presumed that they were going to eat each other alive from room to room, and mostly we were correct. The scenes that worked in Saw V were the ones involving Detective Hoffman (Costas Mandylor) whose performance tends to get overlooked because he’s just not Tobin Bell.

But let’s be fair. Mandylor’s acting is outstanding. His tragic protagonist is comparable to Macbeth. As seen in Saw V he tried to get away with murder, which he would no doubt call justice. Since then he has committed a manner of vile acts against debatably vile people which he would likely call following orders. And in Saw VI he falls from the brief illusion he had of control into darkness, which I imagine he would call several phrases I probably shouldn’t type into this review. 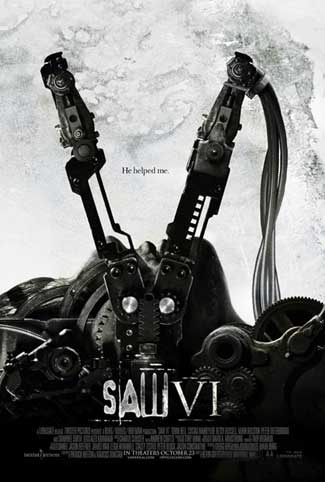 I love the Saw franchise, and I’ve been questioning for years what that says about me. Maybe I’m rooting for the same thing Jigsaw is, that spark of desire in humanity that wants to live, even though not all of the people involved in the tests are able to. One of the classic basic plot lines, which the horror genre explores intimately is the overcoming the monster story. And while to the casual observer Jigsaw is the monster of the Saw films, on closer inspection he’s actually the architect of the monster’s battlefield. It wouldn’t have been farfetched to see FOX executives approach him as a creative consultant for their fall lineup.

So then what is the monster of the series? I certainly welcome a discussion on the topic. I think we’re all animals but we’re capable of being something greater, and it’s that laziness in us that settles for our animalistic simplicity that’s ultimately the monster. Look at William. He accepts his own policies as unchangeable because they benefit him. And his maze is meant to scar him out of his comfort zone.I’ve never stopped sympathizing with Detective Hoffman. 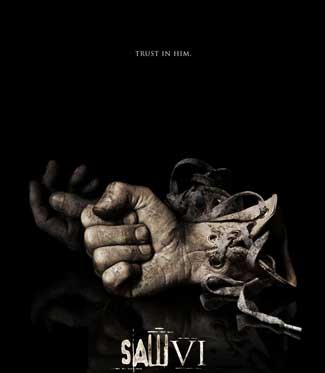 I’m cheering something in him on, no matter how unlikely it is he’ll find it. That being said, the ending to this movie could easily be the first time the series has given us a gruesome almost happy ending. I understand Saw VII is on the way with Saw VIII on its heels and I welcome the continuation of the saga. But honestly the story could have ended here and I would have felt satisfied with the loose ends.