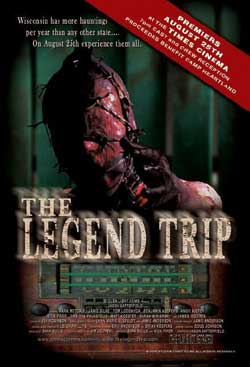 A frightened father Charles Knotting (Mark Metcalf) discloses his recent encounter at the noted Wisconsin haunted house. While blessing and cleansing it of demons he encounters an evil spirit. You could call her barbwire face as she crinkles out of the next room to father Knotting’s horror. Jarring enough apparently as Knotting begins to lose grip. Nonetheless this leads to a case study, quick bible quote, a confession and a sharp pen in the eye.

The name of the film is Legend Trip directed and edited by Jason Satterfield. For a micro budget project it has alot going on for its level of professionalism. One thing I’ve come to notice is even when using standard SD you can put effort into making the production look more professional than the equipment allows. Jason put forth that effort with a pretty smooth looking film piece. The earth tone coloring was appropriate and the edits span from thought out to imaginative. In short, a very nice color toning look works for the film to its advantage. 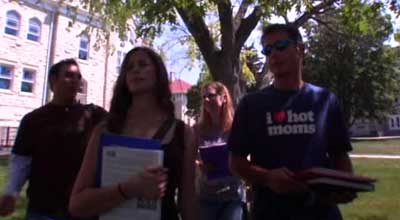 Editing was clever and inventive at times taking advantage of a modern editing style to increase the harrowing nature of the segments. Jason is a talent that is not afraid to dabble with new ideas. Most evident from the production is the care that went into those edits. With a film like this it’s easy to let the film roll and get dragged down by too much of one thing and one scene. In that respect it was a nice move to interject plenty of back story scenes, creepiness segues and inventive chill seasoning.

One of the things that stood out in my viewing was the score. The music by Leigh Phillips was very well done. Assuming that he did the entire score. My criticism was that it was ill placed at times. For instance as the kids are walking though the park, it would of been more suitable to hear background noises. Instead we have a full orchestration piece which felt odd to say the least. To me this kind of thing is a sort of off balance between when to score and when to just let the ambience take over. We shadow a bit of this in the 30s scene, but luckily they moved back to the retro sounds to keep the feel going. 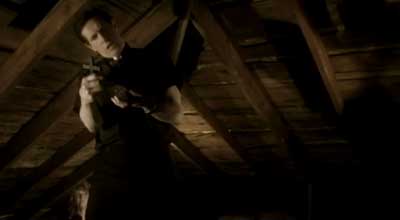 So lets talk about the content. The basis is the investigation of an old house that legends to be haunted. From the creepy opening credits we get a brief introduction to this notion and what lies ahead. The house itself takes on the persona of a beacon to evil. What we find is that the location has had plenty of dark moments over the periods of time. One such moment was in the 30’s when a whole lot of killing, torture and deviations went down. Most disturbing was a young socialite tortured with barbwire and left for dead. We also move into the 70’s where another moment of mayhem unfolds. This all leads to the present and a dark presence that still remains wthin its walls. The students covering the legend get there dose of this as well.

Acting performances were weaker in the present scenes than the past. I’d say if the past scenes weren’t included in this film this would probably be a whole different review. 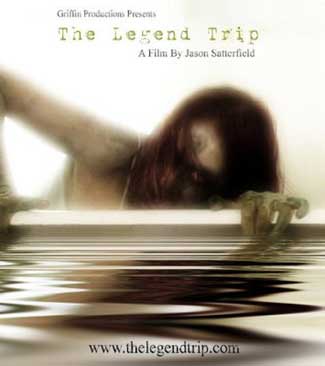 I will add that the 30s period piece kicked ass. I know era specific pieces can be a pain and Jason pulled it off without a hitch. The tonality, music backing and ward robe were excellent. Not to mention some subtle noir film techniques to season the mix.

I found this to be a very cool release and product from River Coast Films. Even if rooted in a low budget effort the right moves were made to defer that fact and demonstrate that new technology can succeed in the proper hands. Harrowing effort with a a hard chilling bite would be the best words I could use to describe this release. 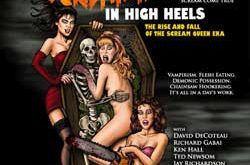