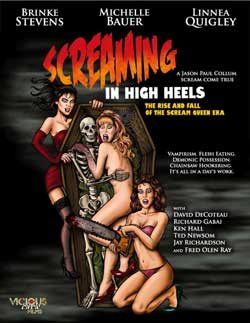 During the video boom of the 1980s, three ladies (and a small group of energetic filmmakers) headlined upwards of 10 low-budget horror films per year, fending off men in rubber monster suits, pubescent teen boys, and deadly showers. As a result of their unintended cult fame, they were flown all over the world, dined with President Regan, and built mini-empires of their own. Then it all came crashing down. This documentary follows these accidental actresses on how smart they were to play stupid.

Jamie Lee Curtis may be considered the ultimate scream queen, but her association with the genre really only lasted for a few years at the beginning of her career. There are other actresses who dedicated (some voluntarily, others not so much) nearly their entire careers to low budget horror films. Three of these women are profiled in the new documentary, Screaming in High Heels: The Rise & Fall of the Scream Queen Era.

It begins with a brief overview of the B-movie, which gave way to the home video market. Prolific B-movie filmmaker Fred Olen Ray (Hollywood Chainsaw Hookers) says that there are three names that come to mind when discussing the scream queens who emerged from made-for-video revolution: Linnea Quigley (The Return of the Living Dead), Brinke Stevens (The Slumber Party Massacre) and Michelle Bauer (The Tomb). This is a gross overstatement, but their legacies do indeed go a long way. 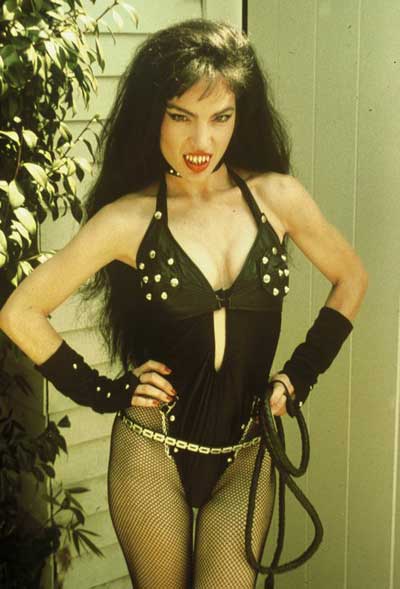 Quigley, Stevens and Bauer may not be household names these days, but they were among the first to embrace the title of scream queen and run with it. They each discuss how they received their start in the film industry, all from different backgrounds, and share anecdotes about some of the highlights of their respective careers. As girls who were attractive, willing to do nudity and able to act to boot – a rare combination, indeed – they were among the first names brought up when a filmmaker needed an actress for a horror B-movie.

They built up quite a following, largely due to the sheer volume of their output, and rode the waves of cult success from the mid-’80s into the early ’90s. But as time went on, the women aged, the video landscape changed and the term scream queen became bastardized by any “actress” with a low budget genre credit. As a result, the terrifying trio’s interest in the industry dwindled, and vice versa. Many have tried to imitate their success since, but very few have succeeded. They may not be the spectacles they once were, but Quigley, Stevens and Bauer continue to get work to this day. 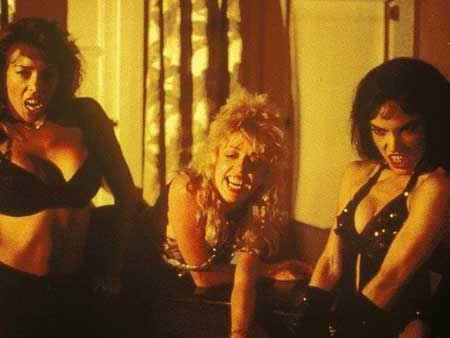 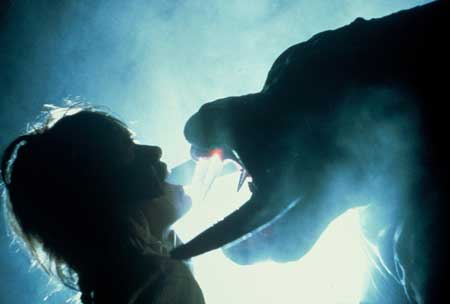 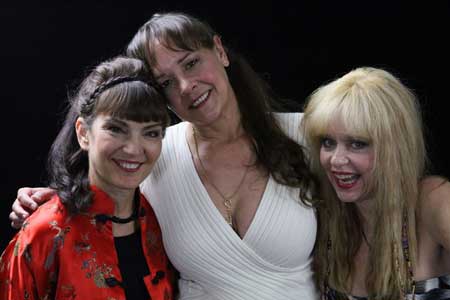 Screaming in High Heels’ biggest fault is its focus (or lack thereof, as it were). Each of these ladies has led a storied enough career to be the subject of an individual documentaries. Similarly, an exploration of the the scream queen phenomenon would make a fascinating film. Instead, the documentary’s scope is too wide for the former and too narrow for the latter. As a result, it only runs for an hour with limited narrative and minimal new information. (Interestingly, director Jason Paul Collum previously made a more general documentary about scream queens entitled Something to Scream About.) It was filmed in just two days with only a handful of interview subjects. In addition to the girls and Ray, the line-up includes David DeCoteau (Creepozoids), Kenneth J. Hall (Puppetmaster) and a few more, but plenty of other regulars are absent (Jim Wynorski is the first name to come to mind). 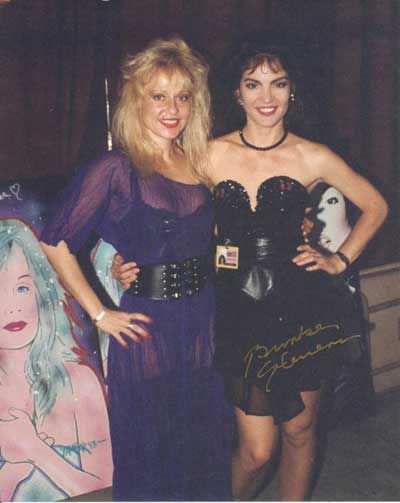 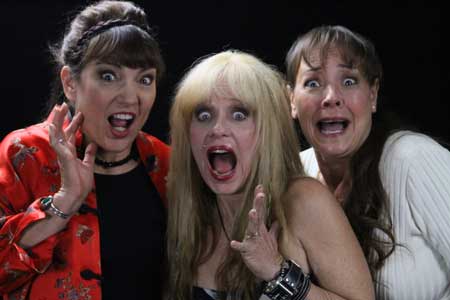 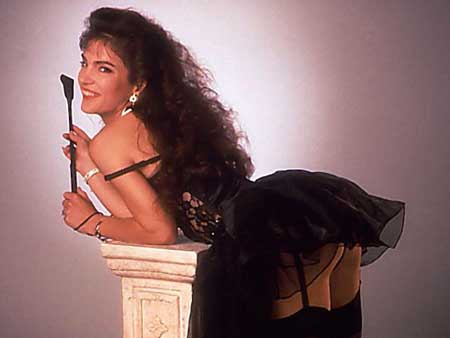 The documentary aired on Chiller TV earlier this year, but the DVD version is unedited. It also includes two special features: extended interviews with Quigley, Stevens and Bauer and footage from a Flashback Weekend of Horror Q&A session with the ladies.

Screaming in High Heels: The Rise & Fall of the Scream Queen Era shares a lot in common with many of the movies in which the girls appeared. It was made quickly without much of a budget and, while the end result is not particularly great, it’s a quick watch that undoubtedly keep fans entertained.

Screaming in High Heels: The Rise and Fall of the Scream Queen Era (2011)