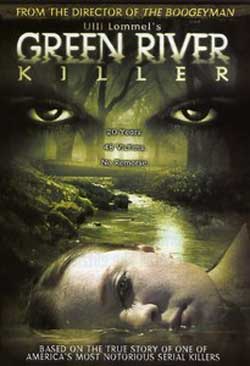 Hell-o once again, True Crime fanatics. In the late nineteen eighties and early nineties, a husband and factory worker named Gary Ridgway stalked the streets of Washington. He killed several women in the area. One day, after leaving work, he was arrested for four murders in which his DNA matched evidence from the crime scenes. In November of 2003, he plead guilty to forty eight counts of aggravated murder. His confession was quite cold. It was later discovered that he had killed ninety or more victims to this date. Most of them were prostitutes. Gary took the authorities to the crime scene for the death penalty to be taken off the table in return for information. His sentence was reduced to life in prison without parole. His second wife and a prostitute later testified that he had put them both in choke holds. His friends and family knew him as Gary Ridgway. The fearing public and many victims knew him by a different name… The Green River Killer.

This film, Green River Killer, is a portrayal of his life and murders by the writer and director of several other low budgeted (and almost simultaneously released) serial killer films. This series of films, he has stamped with his own label, “Reality Horror.” This term does not include content matter, as he explains. It is involved with the way the film was produced in a technical sense. He wants the viewer to feel like they are actually there as each murder unfolds.

I often have a hard time deciding if I enjoy these films. This is no exception. For me, it is the opposite reason just explained of “Reality Horror.” For the most part, the film is entertaining to watch. On the other hand, only some of what you are watching is actually based on fact. The other half is complete and utter left field fabrication and imagination. Speaking of imagination, Gary also has an imaginary friend throughout the film that taught him to kill. His name is Boris. He is straight out of the mind of the Writer/ Director and in no way a part of the actual story. The Writer admitted that he read information on the killer and his crimes, forgot most of what he read… and made up the rest of the story on his own. In my opinion, why bother reading in the first place. If this were a fictional character, I would really enjoy the film. Unfortunately, Gary was real, his killings were real, this adaptation of his killing spree was not.

Here is one thing I agreed with on the Writer’s behalf… He says that if you are going to make a rated R film, make it a hard R. Go all out and get away with as much as you possibly can. I fully agree. He said that most of his films have to be cut from an NC-17 rating. Here’s one thing I don’t get… If all of his films are released straight to DVD anyway, why not go for the NC-17. It’s not like theatrical ticket sales are going to be scarred in any way. Just release them all NC-17 or unrated. He wanted to make the viewer forget that they were watching a movie when viewing, like they are actually there and involved with what they are watching. 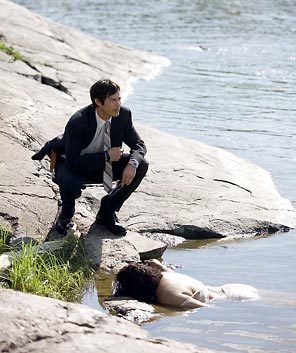 The cinematography is creative and almost one of a kind. A mixture of visual effects and crazy editing is present throughout the film. I thought that was a good thing. It got me more into the film itself and away from the lingering fact that the events were fictionalized. There are blurry cuts and transitions and acid trip like tracers on some of the scenes. Some of the cuts are made into time lapsed fast motion, which is another enjoyable factor of this fictional adaptation. At one point, a wavy effect is put on the camera, pushing the acid trip effect even further.

As with BTK Killer and the inner spliced animal mutilation, this has the same approach… but the segments are that of autopsy footage. This is some of the best special effects I have seen throughout this series of films by this company. The best I’ve seen in a while actually (by most low budgeted companies) They are very believable, unsettling and grotesque, thus being a plus in my book. There are also very sexy shots throughout the film. This is one of my favorite aspects of the feature. There are a lot of legs decorating the visual aspect as well. I have no problem with that whatsoever. The foot fetishist will quite enjoy this film.

Another aspect that is fictionally conjured up was the wife and son of Ridgway. He actually had a wife (a couple to be exact), but the story did not happen the way it is presented. Especially the mother/ son (named Kevin) bonding moment via telephone at the end, years after Gary is put away.

Again, many actors and actresses are borrowed from other features of the production company. The approach that Rob Zombie is making quite popular in theaters, a close working family of cast and crew that are seen in several different features together. There is one aspect to this film that is pure fact, Gary Ridgway, himself. Archive footage of his confession is also inner spliced throughout, along with his very own voice doing voice overs for the actor’s thoughts. Other parts are an imitating voice. You can tell the difference between the two.

During the ending of the film, the classic True Crime documentary type writer effect is used, adding another since of realism to the film. The concluding segment is probably the most factual of the feature (until you get to the closing credits, which I will not ruin for you. Just know that this again, is fiction). There is also involvement with Gary’s attorney, which I thought was a nice touch in the True Crime vein. The Gore score is quite high. As with BTK Killer, this is not with the on-screen murders themselves (as they are strangulations), but with the inner twined autopsy footage. This is supposed to display Gary’s thoughts visually instead of just verbally.

The only extra on the DVD is a commentary by the Writer/ Director and another member of his production studio. He has claimed before that he knows the reaction to his films are either absolutely love or absolutely hate. He blames the brutality for this bias opinion. As a Horror/ True Crime fan, I don’t blame the brutality, but realism. If this film stuck more to the facts, I would love it. If it were based on a fictional character, I would love it. Unfortunately, it is neither. It is based on fact and made into fiction. If you are a searcher of truth, read a book or other informational sources on Gary Ridgway. If you just want an entertaining movie, this would fall under that category. The acting is also decent for the most part. With this being said, I give this film, Green River Killer, TWO HORNS UP. 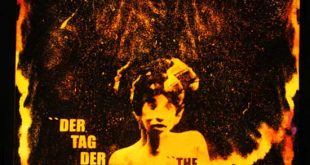 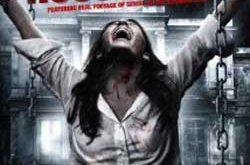 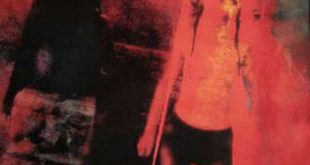 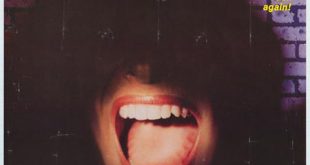 Film Review: Revenge of the Boogeyman (1983) 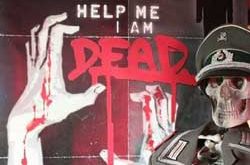