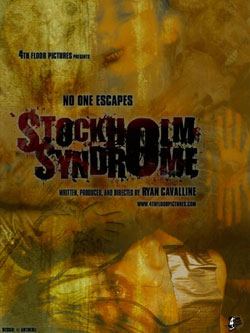 Somewhere, in a sleepy rural area. an underground organization is operating. Tales of unspeakable atrocities occur within this business. People are kidnapped, beaten, and, tortured beyond comprehension. Then they are reprogrammed to succumb to the will of their vile captors for their sick games and sold for the highest price. Along with his accomplice, a member of this evil group is having second doubts about his role in this field and will do whatever it takes to leave the horror behind. Meanwhile, a young man and his pregnant wife take shelter in a run-down motel while on a road trip, unaware of the sheer terror that will soon befall them. All three will soon come to realize that in this kind of business….NO ONE

There’s not alot you can say about a film like this from the get go. Director Ryan Cavalline does his own thing and does it with a passion. Normally with his ability to grab his camera, throw up a few myspace ads and churn out 2-3 films a year, I could say he’s pretty motivated. Though if you’ve seen his films, in which I confess I’ve only seen a couple you know he does it his way without any limitations except his own imagination. His latest release titled “Stockholm Syndrome” was hard to get through. Though before you call it a day let me sum that up for you better.

What is “Stockholm Syndrome”? (per yahoo)
Stockholm Syndrome describes the behavior of kidnap victims who, over time, become sympathetic to their captors. The name derives from a 1973 hostage incident in Stockholm, Sweden. At the end of six days of captivity in a bank, several kidnap victims actually resisted rescue attempts, and afterwards refused to testify against their captors.

The film deals with the issues of human slavery and a number of other unspeakable acts. My guess is if there was Spielberg budget in hand he’d have the ability to light things, shoot them on higher depth camera and sort of ease the experience that it is presented before you a little easier on the eyes. Though in this case using what is laying around or bought cheaply Ryan makes the best of it. The subject matter is beyond dark, it’s cruel, unwatchable, and unbelievable at times. Though there is no way the director didn’t realize that when writing the script. The essence here is shock and awe with alot of un-politically correct scenes to throw at you. The subject of repulsion is pretty evident here and exploited as much as time allows. For instance in one scene a pregnant woman after being taken hostage for slavery and kicked in the stomach for 5 minutes is laid across a table in goal of performing a quick and dirty abortion on her so that they can get her into the “system”. To add to the unsettling nature, that baby is ripped up, chopped up and then thrown into the alley. In another incident a perverted local priest has his way with a young girl by torturing her with a razor blade plunger over various portions of her body before raping her with it and killing her off.

Now I know if your reading this that should be enough to decide what your action will be on throwing this in the dvd player for your Sunday meal entertainment. So if your like me, you may want to wait till everyone who still loves you goes to bed or face the wrath of being a human sicko in your own house.

Guess what, there’s more where that came from,….we are just getting started. To back track a bit, the intro is clearly derived from the “Vacancy” movies, though I really can’t say if script was written before or after the films came out. Though for clarity the film is really divided into 2 parts. The first act is pretty much sick torture and mental abuse segments and the 2nd is more of a getaway escape and kill off a few thugs in the process segment. There are many scenes that feel pretty derivative in one form or another, or maybe it’s just the fact that we see alot of the same scenarios played out on screen. Proof of this is in the SAW- derived ending.

My bigger disappointment was in the acting performance of Mr. Pollino who I’m sure you’d agree required a meaner, more diabolical , hard-nosed, street wise kind of actor. The current actor seems a bit too laid back to be playing a ruthless kind of role this character required. Other performances were representative of a low budget cast and acting talent.

All in all 4th floor doesn’t pull any punches. They serve it up dirty, twisted, and ignore any after the fact impressions by writing their own rules along the way. Torture fans man get a kick out of it, “Scream” fans won’t. Unlike several of Ryan’s previous films, there is nothing funny here. It makes no attempts to be campy, clever or surreal. Maybe this is what the public demands in a culture that has become numb to violence and torture on screen or maybe its just the release of a sick mind with a camera….you be the judge. 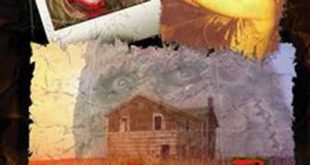 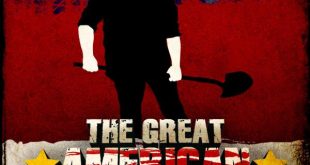