Home | Brainstorm from the Boot Hill: The Day that Buffy Died

Yeah, I like Buffy the Vampire Slayer… I didn’t say “liked”, I said “like”… present tense. I realize that the series lasted from 1997 to 2003, but I’ve found myself revisiting the series’ seven seasons often. However, the more I dust off the DVDs, the stronger I feel that instead of Buffy ending in 2003, the series actually died in May of 2001.

Buffy the Vampire Slayer (BTVS) has become a cult classic. It has a loyal following and, to this day, has an active community of people who keep up fan club type websites as well as a healthy community of BTVS fan fiction writers. It’s no surprise since Joss Whedon and company created an intriguing world of demons, vampires, ghosts, and dimensional overlap. Also, the cast of characters were simple yet lovable.

I’m not here to tell you how awesome BTVS is, and I’ll talk about specific episodes or characters very little. What 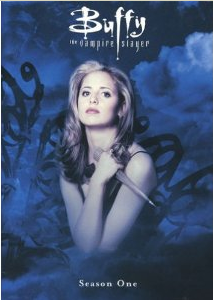 I’d like to talk about is the premature death of this series. It might just be coincidence that the famed television series moved from The WB television station, where it had been through the first five seasons, and moved to UPN for the final two seasons. However, it was at this particular junction where Buffy died… both in the series and in my heart.

For fans of the series, we all know that BTVS was about a group of naive high school kids who, under the tutelage of Buffy (the fore-ordained Vampire Slayer) and Giles (Buffy’s sworn teacher and defender) kept the sleepy town of Sunnydale California safe from vampires, demons, witches, etc. The show was fun, upbeat, and comical. It had its scary or tense moments, but when the day was over, friendship and good vibes were all that was left. These type of episodes really lent themselves to a fun and fulfilling watch.

As the seasons progressed, this group of kids had to grow up. At the end of season 3, the gang graduated from high school and in season four, many of them started to attend college. This is all well and good. However, it was at this point where more adult themes were added to the mix. Are adult themed episodes bad for a series that had to evolve or become obsolete? No… In fact, though the gang started to experience more adult-oriented issues such as feelings of inadequacy, sexual experimentation, betrayal, death of a loved one, and the like. The seasons moved along and mainly stuck to what we were used to seeing. Kids have to grow up. That is a fact of life not only for the kids on the show, but for the fans of the show who had grown up as well. Joss Whedon and company did a good job of keeping the show relevant to its fans. Though there were moments of sadness, pain, and anger… The series didn’t seem to dwell on them and get lost in the despair of the situation… until Buffy died at the end of season 5. 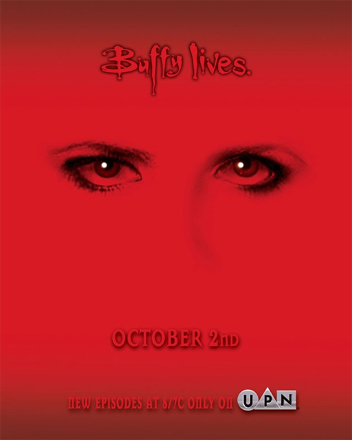 It could be a complete coincidence that the series really took a major turn at this point. The series moved from its home on the WB and moved to UPN. You may be asking… “but didn’t you just say that Buffy died?” I did say that… However, in a world of demons, parallel dimensions and witchcraft, some things don’t seem to stay dead for long.

With Willow dabbling in the forbidden love… of witchcraft…  in the start of season 6, the gang gets together to try to bring Buffy back from the dead. They were successful in bringing Buffy back to life, but they were not successful in bringing the series back to life. From this point in the series, Buffy and the gang have a new demon to deal with. It’s called adulthood. Episodes spent as much time dealing with how the gang was going to make ends meet as killing the baddy of the week. Episodes spent most if their time dealing with themes of depression, addiction, the burden of adulthood, and betrayal. In season 6, Buffy spends most of her time moping around trying to spare her naive friends the thought that they pulled her from a better place and dropped her back in to this flawed and mundane existence. For instance, season 6 spent a lot of time with Willow’s addiction to magic and the toll it was taking on her body as well as her relationships with those around her as an obvious metaphor to drug addiction. Buffy spent most of her time hurting herself just so she could “feel alive”. I could go on, but I think that you get what I’m saying. It was no longer the Buffy we had come accustomed to. It became depressing to watch.

That’s not to say that there were no good episodes in season 6, because there were. In fact, season 6 provided 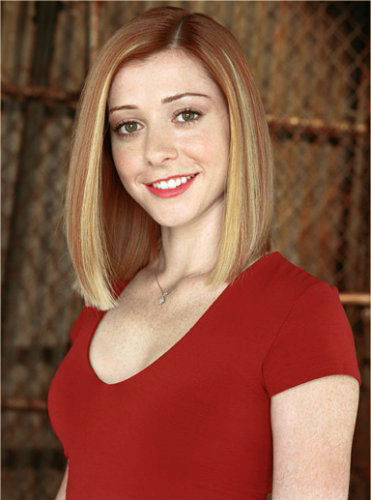 one of my favorite episodes of all time entitled Once More… With Feeling. This was an episode where musical numbers were brought into the mix because of a demon put a spell over the folks in Sunnydale that would make them sing and dance and wouldn’t stop until they caught fire! Wonderful songs and a very unique idea for BTVS, let alone any television series at that time. Other notable  episodes were Tabula Rasa where the gang finds themselves being stalked by a shark-demon and his henchmen, but they can’t remember who they are and what their relationships are with one another because of a magical spell gone awry… and Doublemeat Palace, where Buffy took a job at a local burger joint to make ends meet. I just think that things are funnier when you add fast food.

Season 7 continued with the more adult-themed episodes and never shook off the depression. Themes of backbreaking responsibility and loss permeated the mood. Unlike in seasons prior to 6, the weight of the world wasn’t shared with the viewers. Again, there were definite high points to this season as well, but it never captured the mood and excellence of earlier seasons.

Could this have been natural evolution? Were the days of happy-go-lucky hour long dramas over after season 5? Die the writers have nowhere else to go? Should it have been my responsibility to mature along with the characters in the series? For many years, BTVS had provided me with the necessary escapism and fun to keep me interested. I think that was all lost when Buffy died at the end of season 5. I almost wish they had just let her rest in peace. 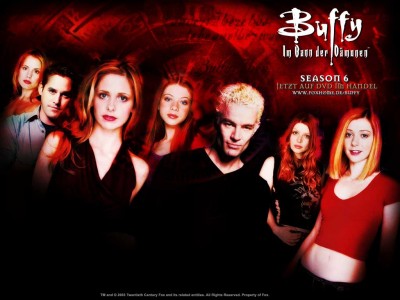 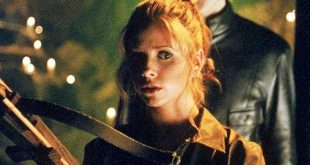