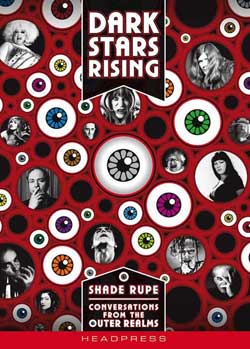 From out of the artistic well of well-designed books comes a new edition titled “Dark Stars Rising”. The title is authored by Shade Rupe and is marvelously designed by David Kerekes. In fact, without even getting to the content on first open, this really is a interestingly-vivid design of a book that combines both retro and modern into an almost collage like atmosphere. The edition is a chock full pack of interview features with some of film and entertainment’s weirdest but most creative shooting stars. That alone is probably worth the price of admission but it sure is nicely dressed up.

Now if you are a cult fan, if you are like me, and you really enjoy the more obscure directors and odd quirky stars, then you’ll be right at home with this book. Controversial directors Jim VanBebber, Gaspar Noe and Alejandro Jodorowksy are featured within, just to name a few. We are told that the interviews span 24 years of material collected and composed of free-thinking artists. Add to that the 500 photographs included and a richly rewarding treat of conversations with the masters.

“Dark Star Rising” is not your typical front to back style read. I believe it flourishes to the interests of the readers with a selection of those who inspired them over the years. For me, I’ll admit that there were a few within who I’ve yet to explore or experience, while others are truly iconic and signify the weird and wonderful that makes art worth having.

Floria Sigismondi is one such creator whose fantastical modern visions of music and eye candy make for some of the more exciting videos to come out of our pool of MTV generation inspired viewers. She speaks candidly about her upbringings and her move into the Hollywood circle of artists and directing. Speaking of directing, Alejandro Jodorowksy…. a huge inspiration takes a more laid back approach to the interview with a casual conversational way of explaining himself and his works. At times, the interview process seems to fade and the real person emerges from the moment.

Other directors such as Richard Stanley give us insight into the background production days of his noted works such as “Dust Devil” and “Hardware”. While limited in material, the few that we have received are enough to still put his name on the director map of emerging talents. Crispin Glover is on board sporting details about his oddly self created film-works such as “What is it”. Even with his roller coaster ride of films and experiences, the artist is revealed as a multi-faceted creator of a variety of offerings.

This is the stuff that our misaligned heroes have come to the surface to offer the world. Dark Stars is by no means a complete overview of controversial creators but it is a fisheye lens view on some of the more interesting ones. The book is rewarding in its content as well as a rich selection of featured performers ranging from film, to art, to modeling to music. You wont want to put this dynamic read down as its package is as rich as its content. Cult film lovers will welcome this read with open arms and appreciate its contribution.

The book is available thru Headpress
www.headpress.com/ShowProduct.aspx?ID=87 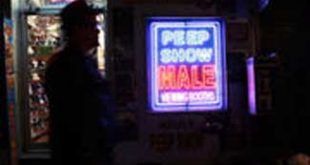 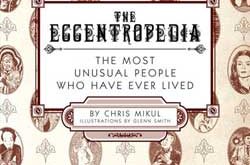 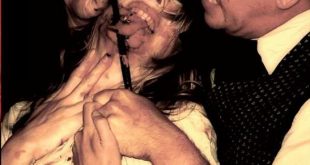 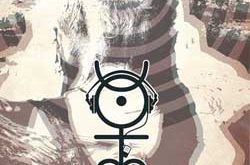 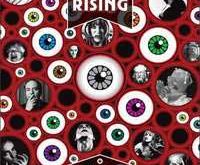