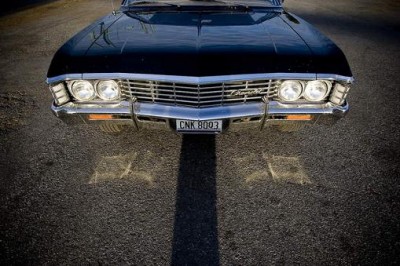 Well, it’s that time again. After an unusually long hiatus, due in part to an extra week of bumps thanks to The Vampire Diaries, Sam and Dean Winchester are back to finish out the sixth season!

New Show runner and long time Producer Sera Gamble and the rest of the cast and crew have got a lot in store for the remaining ten episodes of the season and buzz is already high about a season seven so for now it looks like we’ve got no shortage of Supernatural action coming our way. Now let’s take a quick look at what exactly we’ve got in store in the coming weeks, and be ready, there’s more than a few surprises in store. 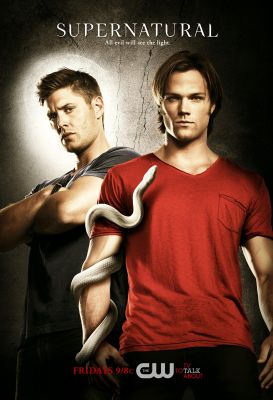 Dean and Bobby anxiously wait for Sam to wake up to see if Death (Julian Richlings) was able to restore his soul without causing Sam to lose his mind. Meanwhile, Dean and Bobby investigate a disappearance of virgins and discover dragons are behind the kidnappings. Bobby sends Dean to a doctor who owns the only weapon in the world that can slay a dragon, but Dean must prove himself worthy enough to take it.

Sam starts to have flashbacks to a case he worked on with Samuel before he reconnected with Dean. Sam receives a mysterious text with coordinates to a small town, so the brothers decide to investigate. Dean is surprised when the townspeople start telling him some of the things Sam did while he lived there.

Ben (Nicholas Elia) calls Dean and tells him Lisa (Cindy Sampson) is in trouble. Dean leaves Sam to investigate a case alone and rushes home to rescue Lisa, however, he’s not prepared for what meets him at the door. Meanwhile, Sam discovers the men that were murdered were all a part of a cruel practical joke played on a female co-worker who went missing.

In an effort to protect the brothers, Balthazar sends them to an alternate universe where they are the stars of a TV show called “Supernatural” and they are actors named “Jensen Ackles” and “Jared Padalecki.” The brothers are confused when Castiel appears to be a tweet-happy actor named Misha Collins and “Sam” is married to “Ruby” played by actress Genevieve Cortese.