KING Lists His Top Ten Thoughts On A Theatrical THE STAND 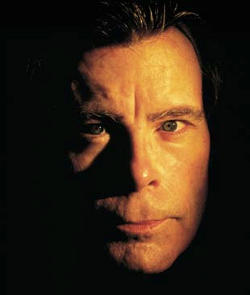 It was only a few days ago that I told you about Warner Bros. and CBS’s plan to bring THE STAND to the big screen.  The mini-series holds a special place for this horror fan (and many others I would presume) but I would be lying to you if I didn’t admit that I would love to see a big budget, no holds barred version.

Stephen King has heard about this big screen version and he went ahead a wrote up a top ten list of his thoughts on the proposed project:

1. No one will be able to top Gary Sinise, who played Stu Redman in the original ABC miniseries. He was perfect. When he says “You don’t know nothing” to the soldiers who are putting him under mandatory quarantine, you believe his contempt completely. My runner-up pick would be Jake Gyllenhaal.

2. I didn’t know anything about the remake until I read about it on the Internet.

3. You absolutely can’t make it as a two-hour movie. If it was a trilogy of films maybe.

5. Rutger Hauer is a little too old to play the Walkin Dude, and that’s too bad.

6. People who’ve seen Kubrick’s The Shining dislike the miniseries I wrote (and my amigo Mick Garris directed) even if they haven’t seen it. That’s always annoyed me. But the wheel of karma turns! This time people will probably say, “The miniseries was lots better.” BUT…

7. …historically speaking, movie studios blow the budget on things like this, so maybe it’ll be fun to look at. The dough certainly isn’t going to me, although if it is a trilogy, and if it makes a lot of money, I might be able to buy a chicken dinner at Popeye’s. Great slaw!

8. Molly Ringwald will probably not play the Trashcan Man, either, but Billy Bob Thornton would be cool. Billy Bob’s always cool.

9. They need to write in a lot of heavy-metal for the soundtrack.

10. M-O-O-N, that spells “you probably won’t see this anytime soon”. And when you do, Woody Allen won’t be directing it. Or Molly Ringwald.