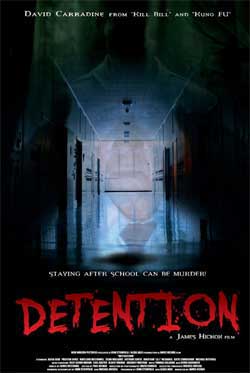 A  group of high school students are sent to Detention. Abandoned and locked in, images of Ghosts appear as they attempt to escape, only to find themselves connected to a past horrific death and made responsible for it with their lives.

Ah, the prank. Where would horror movies be without it? From Prom Night, Terror Train to Sorority Row, the prank gone bad has not only been a staple in the horror genre, it has also cost the lives of countless young adults. Prank gone bad horror movies basically fall into two categories. The first has the pranksters falling victim to the killer, the movie usually taking place a few years after the deed. The second type can be called “sins of the father” as the victims have no idea why they are being hunted and killed until they realize too late that mommy or daddy did some very bad things in the past. Our movie falls into this second category.

Detention is a solid entry into the prank subgenre and although clichés abound (as they do in all horror movies) it moves along at a brisk pace and keeps the viewer entertained. In short, B-movie fun. Of course the movie starts off with the prank as a group of teens lock their classmate Gabriel into an incinerator. I know, I know, you’re asking what could possibly go wrong. Well, a lightning storm for one thing. Luck would have it that it strikes the school and the electricity finds its way down to the wiring in the basement and before you can say it’s gonna get awful hot in here, poor Gabriel is promptly burned to a crisp. Oops. During the credits we learn from newspaper clippings that the students involved have been cleared from any wrongdoing. Justice has failed but somebody has to pay, right? 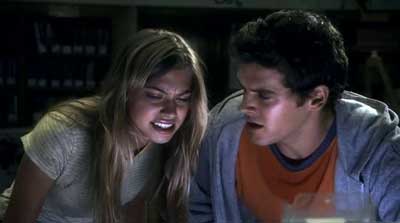 Cut to thirty years later where we meet our new group of teens serving detention. And what a group. In no short order you have your jock, a bratty rich girl, the nerd, the black-haired goth girl, the pothead and of course the tough delinquent. They are supervised by Coach, who is intent on running this detention by the book. Also roaming the halls are Principal Hoskins (played by David Carradine) and the new history teacher, Ms. Cipher. The bulletin board in the school has some clippings from the tragedy long ago but when Ms. Cipher starts to ask some questions, Principal Hoskins is quick to put any talk of the past to rest.

Unlucky for the kids but fortunate for us, two maintenance men are in the basement messing with the incinerator. Seems Principal Hoskins would love to see the thing go. Inside they discover a watch. Gabriel must have owned a Timex because aside from it being grungy with ash, it looks like it would just keep on tickin’. They promptly toss the watch to the floor and that basically seals the fate of everyone. Throw in a massive storm bearing down on the school with lightning aplenty and suffice it to say anyone inside the school will be lucky to get out alive. 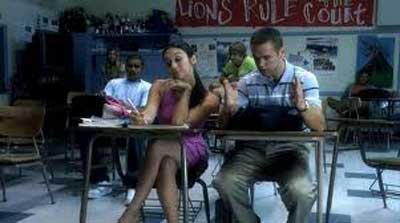 I really liked this movie. As mentioned above there are plenty of clichés but that doesn’t stop it from being cheesy fun. The pothead, as expected, offers up some pretty good laughs as he loves to pretend he’s a ninja from Jamaica. The direction is solid and the use of lighting in the film is top notch. There will be scenes where you’ll have two people talking in a darkened hallway and in between the lightning strikes and flashes you see strange things in the background. Really cool. 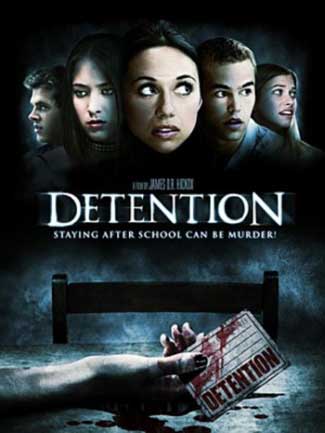 The acting is good all around. David Carradine has a small role but makes good use of his time. Special effects are good as well considering the budget and the blood, while not present in buckets, is more than enough. I would say this ranks more of a rental than a purchase. Throw in some decent twists and a fairly well paced plot and you’ve got a respectable entry into the horror prank canon. 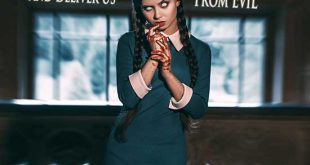