Home | The Disappeared by David B. Silva, first entry into the new Dark Thriller imprint!

The Disappeared by David B. Silva, first entry into the new Dark Thriller imprint! 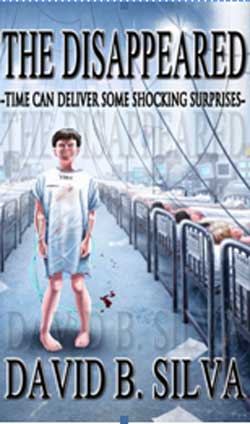 THE DISAPPEARED
Ten years ago: Gabriel Knight, age 11, takes a bike ride to the park and becomes one of the … disappeared.

When Teri Knight answers a knock at the front door, she discovers her son Gabriel standing in the doorway. Only it can’t be her son. Gabe took a bike ride to the park ten years ago, at age 11, and became one of the disappeared. He would be 21 now and this boy … this boy is the same age as Gabe was when he went missing. Except for the color of his eyes, he looks exactly like her son. He’s wearing the same clothes her son wore the day he disappeared. He even refers to her as Mom.

If he is Gabe, how is that possible?
Why hasn’t he aged?
Where has he been for ten years?
And why is he so weak and in apparent ill health?

Teri is struggling with each of these questions and barely getting to know this boy who has arrived so unexpectedly, miraculously at her door, when a team of armed men arrive at the house in search of the boy.

For Gabe and Teri the clock is now ticking – and time is running out.

Who are these men?
What do they want?
Is this boy really Teri’s lost son, Gabe?

A dark thriller with a highly unusual and inventive twist.

About the Author
David B. Silva’s short fiction has appeared in The Year’s Best Horror, The Year’s Best Fantasy & Horror, and The Best American Mystery Stories. In 1991, he won a Bram Stoker Award for his short story, “The Calling.” His first collection, Through Shattered Glass, was published by Gaunlet Press in 2001. In 2009, Dark Regions published his collection of eleven new stories and one reprint, In The Shadows of Kingston Mills.

In addition, he’s written eight novels, including The Disappeared.

He lives a subdued life in the surreal city of Las Vegas, where there are many stories still to be told…

Bentley Little says: “Combining the deft characterization of vintage Stephen King with the literary subtlety of the best of Ramsey Campbell, David B. Silva has for years been turning out stunning fiction that has never gotten the audience it deserves. In my opinion, he is one of the best damn authors working today.”

Tags David B. Silva THE DISAPPEARED 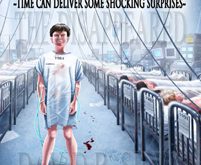