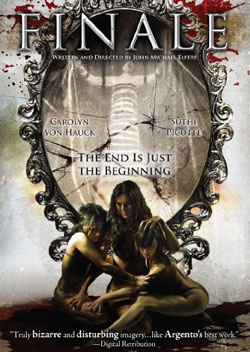 A family descends into a vortex of denial and paranoia after the death of the oldest son. Though labeled a suicide, the bizarre circumstances lead the mother, Helen, to believe there are darker forces at work. Black paint was thrown over everything reflective in the son’s decrepit Victorian house, an explosive trap set in his bedroom and a woman from his past haunts the cemetery where he lies buried. But when Helen’s investigation threatens to ruin the life of her teenage daughter, Kate, and possibly her own sanity, she realizes there is but one escape from this nightmare world – the very route attempted by her dead son. Finale captures mystery, horror and suspense in the colorful visual style of the 1970’s Italian gialli.

QUICK FIX:
Shawn Michaels (not to be confused, of course, with the Heartbreak Kid) has apparently committed suicide by hanging. His moms doesn’t believe that her baby boy would knock himself off though, and starts digging into his past, finding all sorts of kooky sh*t including, but not limited to – black paint all over anything reflective in his house, strange and cryptic notebooks, a pipe bomb rigged to explode in his closet, and a strange, bird-eating woman at his gravesite. Once Mama Michaels learns that Not-HBK was trying to thwart a Satanic ritual but failed due to faulty equipment, she sets out to destroy the cult herself and save her family from a collector of souls summoned to drag her family to Hell. Man, her job would be a helluva lot easier if other characters in horror flicks would just believe the bizarre insanity of the lead actress…

RAMBLINGS:
If I’ve said it once in a previous review, then I’m pretty sure I’ve said it at least more than once, and yet it still bears repeating – any flick that opens with gorgeous, semi-nekkid women writhing around in cultish, Satanic ritual-fueled ecstasy, then dammit that flick has my full and undivided attention until at least the opening credits are done.

Of course, once the opening credits are done, it also helps if the movie in question is actually engaging beyond that point. FINALE is something that I could dish on about for hours, but yet don’t want to give away any of the plot points – you’re better off watching from start to finish yourself there. You think my synopsis above was detailed? Not really – most of that you find out in the first 15 minutes before things start to get really Batsh*t crazy, but in a good way.

This is writer/director Elfers’ first stab at a feature-length horror flick, and from what I can see here, not only does he really dig the Giallo style of grand, sweeping visuals and open-ended questions that leave much for my brain to pour over and try to solve myself after the initial viewing, but he also seems to have a very firm grasp on a very interesting new storyline and mythology should he choose to keep exploring this territory. Mark my words now – Elfers is a dude to watch out for in the future! 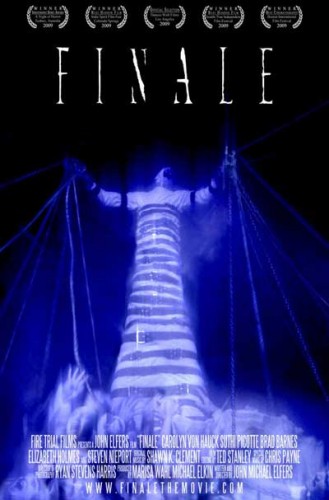 On the acting front, Carolyn Hauck (who for me echoes Debbie Rochon) is a joy to behold – she goes from grieving mother to “crazy chick no one believes” with ease. I haven’t seen her in anything else, but I’ll be watching for her in the future, as should you. Suthi Picotte (shades of Fairuza Balk for me with her) – lovely, gorgeous, talented young lady that she is – was perfect in her pivotal role of the sister caught in the middle of the whole mess, and I can’t wait to see more work from her as well.

LAST WORDS:
Definitely an early-70s Argento-style of flick updated to modern times to include some very creepy “Marilyn Manson music video” type of quick cuts and demonistic FX, FINALE is now available in all of your fine online retail outlets everywhere, and I highly recommend it for not only the Giallo fan, but I also think horror fans of all walks of life will really get into it. A word of warning to the casual fans out there though – if you’re the type of person who likes everything spelled out for you and wrapped up into a nice, neat little bow-topped gift package explaining everything without having to do any thinking for yourself, you might want to skip over this one. Everyone else – dig in now!! 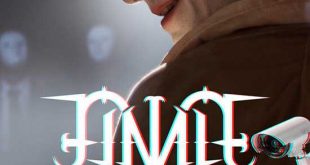 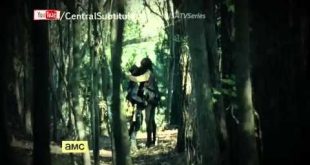 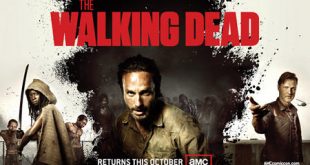